Where did Muay Thai come from? Of course, the obvious answer being simply “Thailand” still doesn’t answer why, and how it was formed. Historically, what many regard as the most devastating of the striking arts has its roots embedded in the country’s formative years, and on the battlefield. Swords, shields, and conventional weapons aside, the systematic use of the body’s hardest points came to be known as classical Thai boxing.

An excerpt from the well known Muay Thai manual “The most distinguished art of fighting” by Panya Kraitus paints an incredible picture of early Thai boxing techniques as used by the legendary warrior Phraya Phichai of the broken sword:

“He was the commander in chief of the army who led the common people in bravely resisting the enemy without giving thought to the possibility of his own death. For the love of his country, he pushed fiercely forward in battle until his sword broke. Throwing it down he continued the fight with his fists, knees, and elbows. Because of his knowledge of Thai boxing, he came out of the battle alive and victorious.”

Myth? Legend? Truth? Who can say for sure. One thing is for certain, that Muay Thai is unique in its style of “following through” on a strike, something very much in common with the weapon techniques of the day. 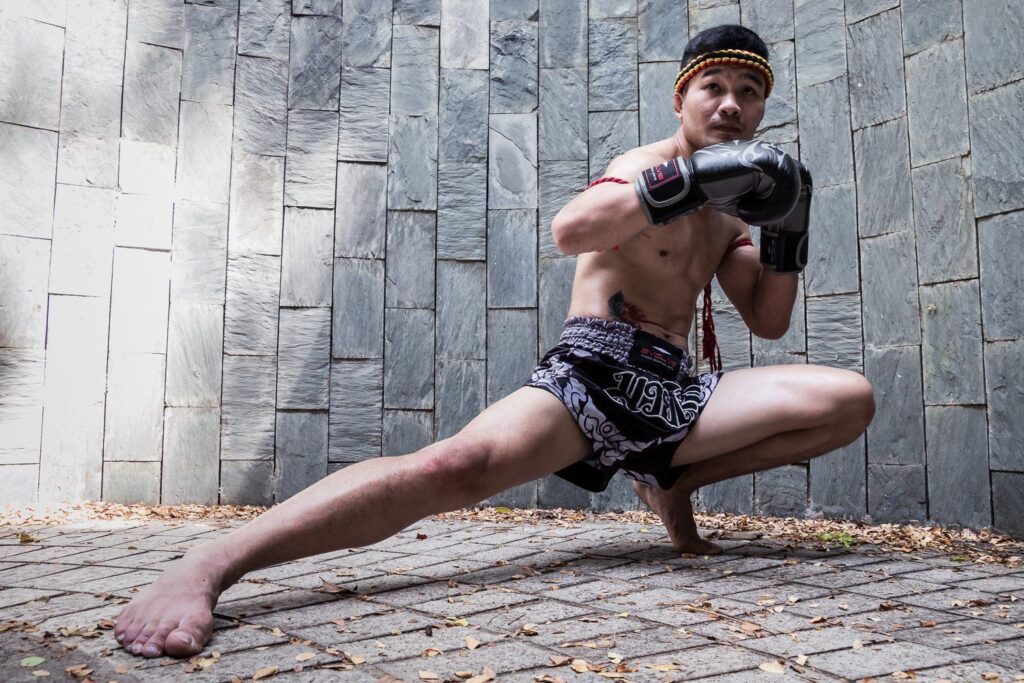 The most decorated Muay Thai World Champion in history, Petchboonchu FA Group from the Evolve Fight Team, performs the Wai Kru, a Muay Thai ritual in which students show respect and gratitude to their teachers, parents, and ancestors.

An umbrella term given to the Thai style of fighting arts, Muay Boran was the original name given to Muay Thai prior to the sporting rule sets introduced in the 1930’s. Muay Boran encompasses both the empty hands and weapons style (Krabi Krabong) of the Thai martial arts. Fighters would wrap their hands simply in rope for a degree of protection. You can see why a stricter rule set was introduced as it gained popularity both nationally and internationally.

Muay Boran was originally the “science of 9 limbs”. Both legs, knees, elbows, and fists make the 8 limbed attacks we know today, but originally the use of head butts was also allowed. In any of the books available on Muay Boran, you can find many examples of techniques that may be somewhat illegal in Muay Thai today. Flying head butts and even grappling on the floor as found in Brazilian Jiu Jitsu was previously included.

One of the most popular accounts regarding the history of Muay Thai is that of the famed Thai Boxer Nai Khanom Tom. He was one of many prisoners taken from his home in the sacking of the ancient Thai capital Ayutthaya during conflicts with Burma.

As the legend goes, in 1774 The Burmese King ordered a seven-day, seven-night celebration in honor of a Buddhist pagoda in the Burmese city of Rangoon. Among the festivities organized was a royal presentation of combat between Thai boxers and Burmese “Lethwei” fighters, to demonstrate the absolute dominance of Burma’s martial arts.

On the first day of celebrations, Khanom Tom was matched with a Burmese boxer. Much to the confusion of the crowd he immediately began what looked like an intricate dance around his opponent prior to the fight beginning. The referee announced that this was called the Wai Kru, a dance we know today to be a warm up, stretch, symbolic gesture of thanks to both the crowd, opponent, and a fighter’s teacher, parents, and ancestors, as well as a psychological attack on the enemy.

When the start of the bout was signaled, Nai Khanom Tom attacked with such a ferocious barrage of elbows and knees that he quickly finished his Burmese opponent. The referee judged this to be unfair, saying the Burmese boxer was distracted by the “black magic” of the Wai Kru. Khanom Tom was forced to fight nine other Burmese boxers, one after the other. Each one was dismantled in succession, including a local boxing teacher who allegedly suffered his loss via kicks to the legs, a common occurrence in modern Muay Thai competition. In response to his devastating victory, the Burmese king rewarded Khanom Tom, adding that “every part of the Siamese (Thai) is blessed with venom”, a phrase still heard within the Thai community today. 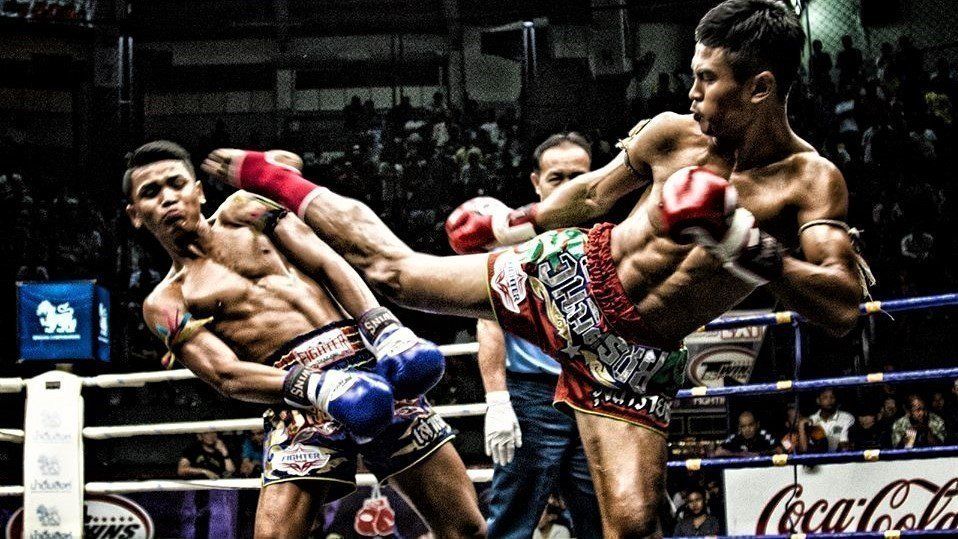 There are a handful of fantastic stories such as that of Nai Khanom Tom that litter the Thai history books. Another great story is that of two French brothers who visited Thailand in 1788. They travelled from city to city making challenges until they were eventually “greatly shamed” by a famous Muay Thai fighter of the time, Muen Phlaan, famed for his prowess in both striking and “wrestling” (most likely a version of the clinch we see today).

Eventually, and in line with Thailand taking its place on the world stage, great events were regularly held for Muay Thai fighters to compete against each other for both money and fame. During the 1920’s, King Rama VII began this process of modernization by constructing a western style boxing ring for Muay Thai competition in Suan Kularb, Bangkok.

Referees, rounds, time limits measured in minutes, and gloves were all introduced. These rules made many original Muay Boran techniques obsolete, and others were outright banned. Soon the old art went into decline, and Muay Thai saw a surge in popularity. Muay Thai became a way for many to pull themselves and their families out of poverty, and fighters soon became known on the world stage.

Eventually Muay Thai entered what is commonly referred to as the “golden age” during the mid eighties to late nineties. Many of today’s top Muay Thai fighters were taught by these golden era fighters, and echoes of Muay Thai’s proud roots can still be seen in them to this day.

So, the next time you’re wrapping your hands for training, take a little moment to remember the Muay Thai fighters that have come before you and take pride in representing such an ancient and “distinguished” martial art with such a rich and vibrant history.