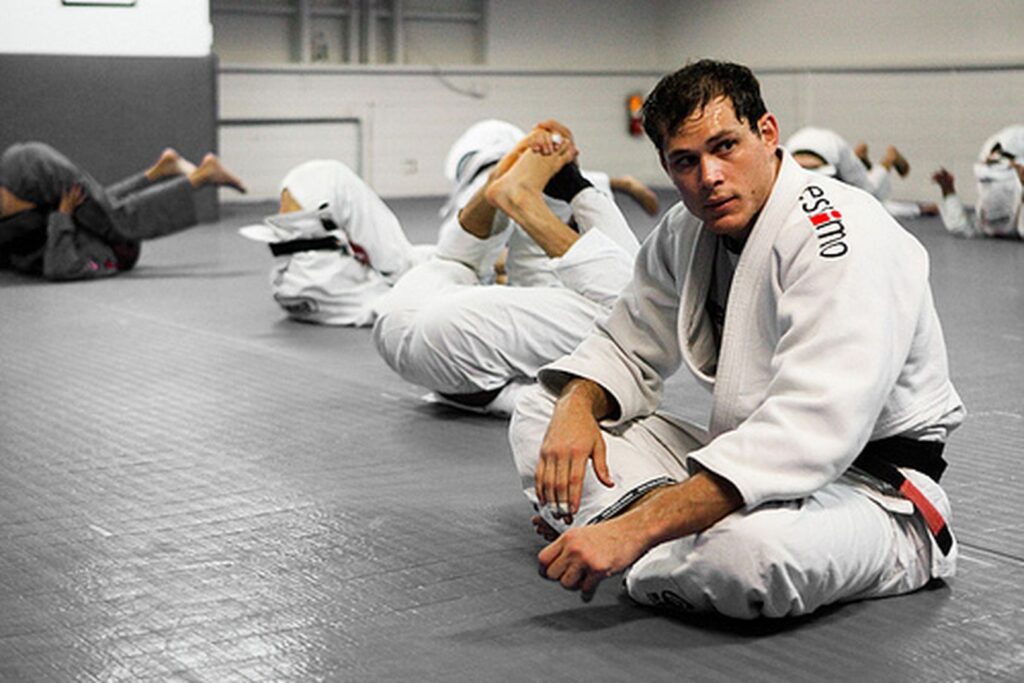 What makes a legend? Is it the number of times he’s stood up on the podium? Or is it the many years he’s dedicated to martial arts; living, breathing and sleeping on the mats, all because of his love for Brazilian Jiu-Jitsu (BJJ)? For the fighters we mention in this article, it is all of the above.

No list would ever be complete without Roger Gracie. Considered to be the greatest competitor of all time, Roger is a 14 x BJJ World Champion (12 golds in the Black Belt division) as well as an MMA fighter. He is known for his deep knowledge of BJJ fundamentals, enabling him to win many of his matches with simple submissions and positions.

The youngest amongst legends on our list, Buchecha has already earned quite an impressive reputation in the BJJ community. Before reaching the age of 20, Buchecha had already won the (weight and absolute division) 2012, 2013, and 2014 BJJ World Championship. Known for his explosive style and extreme athleticism, there is no doubt that great things are in store for this young competitor.

A 5x BJJ World Champion and 4x ADCC World Champion, there is no doubt that Marcelo deserves one of the top spots on our list. Although Marcelo fights at the middleweight division, he has fought many times in the absolute division, often with great results. In fact, one of his claims to fame was defeating BJJ legends Renzo Gracie and Vitor Ribeiro as a brown belt in 2003.

Currently a fighter for the UFC in the middleweight division, Ronaldo “Jacare” Souza is possibly one of the most decorated BJJ practitioners in MMA today. A 3x BJJ World Champion and 2x ADCC World Champion, he is one of the few BJJ competitors who has defeated the legendary Roger Gracie. In this famous match, it was reported that Jacare had fought the remainder of the fight with one arm, after refusing to tap to an armbar from Gracie.

Considered to be one of the greatest featherweights in BJJ history, Cobrinha is a 4x BJJ World Champion and a 2x ADCC World Champion. Extremely agile and flexible, Cobrinha’s BJJ style is very Capoeira based (Cobrinha is also a Capoeira Master). Although Cobrinha still competes regularly, he also teaches at his own academy in California.

The other half of the famous Mendes brothers, Rafael Mendes is up there with Cobrinha as one of the greatest featherweights in BJJ. Known for popularizing the berimbolo and the 50-50 guard, Rafa was also an exceptionally talented student. In fact, he has won all BJJ World Championships from blue belt all the way to brown consecutively, achieving the bronze in his first year as a Black Belt in 2009 and winning his first gold medal at Black Belt the year after.

A 6x BJJ World Champion and 2x ADCC World Champion, Xande Ribeiro is ranked #1 on BJJ Heroes’ Top 10 BJJ Fighters Of All Time and is also known as the best pound-for-pound BJJ fighter. Xande often competes in the absolute division, using flawless technique and athleticism to overwhelm his opponents. Today, he teaches at University of Jiu-Jitsu with his brother, Saulo Ribeiro.

The author of University of Jiu-Jitsu, Saulo’s technical knowledge of Brazilian Jiu-Jitsu is unparalleled. A 5x BJJ World Champion, he has fought and won in four different weight classes: middleweight, light heavyweight, heavyweight and super heavyweight. Currently a 5th degree Black Belt, Saulo is also a lawyer and a judge.

Most commonly known as “Terere”, he is considered by many of the Black Belts on the Evolve Instructor Team as one of the greatest and most exciting BJJ legends in history. Known for his agility and quick reflexes, Terere is a 2x BJJ World Champion, a Pan-American Champion, South-American Champion, Copa do Mundo Champion, and Brazilian National Champion.

Watching Leozinho move on the mats is simply a sight to behold. One of the most technical and exciting competitors to watch, he is a 2x ADCC World Champion and a BJJ World Champion. As the head of Checkmat, one of the most exciting teams in Brazilian Jiu-Jitsu today, he has helped coach some of the greatest names in BJJ such as Marcus “Buchecha” Almeida and Lucas Leite.

Possibly one of the greatest BJJ legends, one would expect nothing less from the son of Master Helio Gracie. Rumor has it that he is undefeated across several martial arts, including BJJ, Judo, Sambo, and MMA. Also known as one of the first legitimate MMA fighters, Rickson is responsible for promoting the Gracie name outside Brazil.

These BJJ legends, regardless of their place in history, have garnered achievements that truly stand the test of time. Whether we are BJJ practitioners or not, there’s no doubt that these martial artists have reached a level of greatness that only happens once in a lifetime.

So tell us, do you feel inspired to train today?