WATCH: 5 Of The Greatest Fights In ONE Championship History (Videos) 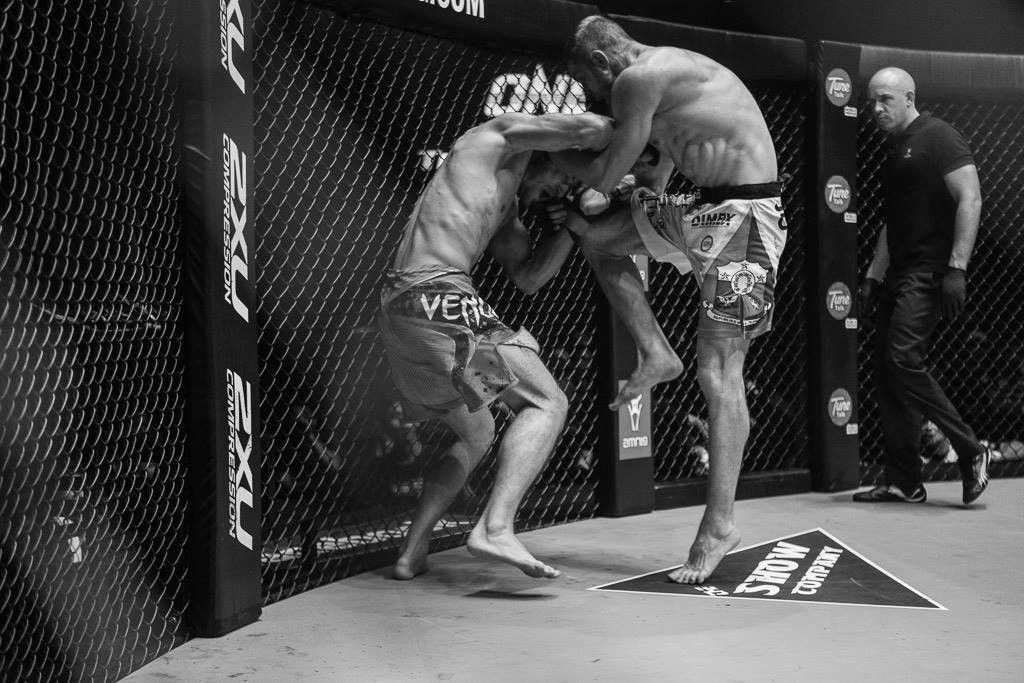 With seven action-packed shows so far this year, 2015 has already proven to be a record-breaking year for Asia’s largest and most prestigious mixed martial arts organization, ONE Championship. Since its inception back in 2011, ONE has never failed to give fans some of the craziest and most exhilarating fights one has ever witnessed in the world of MMA.

Today, Evolve Daily takes a look at 5 Of The Greatest Fights In ONE Championship History:

Perhaps the most exciting fight in recent memory is the ONE Championship Middleweight World Title bout between Igor Svirid and Vitaly Bigdash at ONE Championship: Tigers of Asia. Defending champion Svirid’s trademark jab was on display once again as he managed to knock Bigdash down multiple times within the first four minutes of the fight.

However, Bigdash never gave in to the pain and pressure the champion put on him. The undefeated Russian endured a hellacious amount of punishment and went to work on Svirid in the mount, even managing to earn his own knockdown with a series of crushing knee strikes to Svirid’s jaw with just 10 seconds left in first round.

In the second round, Bigdash once again landed another explosive knee to the champion in the clinch, rocking Svirid before sending him crashing to the canvas with a monstrous right hand. From there, Bigdash rained hammerfists down on Svirid, forcing the referee to step in and put an end to one of the craziest fights ever in ONE Championship history.

This bout was held back in 2012 at ONE Championship: War of the Lions in Singapore, featuring Muay Thai World Champion and K-1 kickboxing star turned MMA fighter Ole Laursen and former Wushu Sanda fighter and fan favorite Eduard Folayang.

This fight was an all out standup war and is widely remembered as one of the wildest fights to put ONE on the map. From Laursen’s sharp, powerful strikes to Folayang’s spectacular spinning techniques and combinations, both fighters brought out the best in one another. And though Laursen was given the split decision win in the end, everyone knew that with such an exciting, back-and-forth fight; it was the fans that won night.

This bout is considered to be one of the greatest fights in ONE Championship history not just for its pace and action, but also for the anticipation leading up to the fight. Multiple-time Lumpinee World Champion Dejdamrong Sor. Amnuaysirichoke had been making huge waves in the world of MMA and was finally given a shot at the inaugural ONE Strawweight World Title after an impressive and dominant 4-fight win streak.

This was Dejdamrong’s chance to make history as the first Thai fighter to win a world title in MMA. However, standing in his way was former pro boxer and WBC title contender Roy Doliguez. A southpaw fighter known for his knockout power, Doliguez was the #10 ranked Strawweight in the World. This was a huge step-up in competition for Dejdamrong, considering the fact that the Thai had only been an MMA fighter for less than a year.

The bout lived up to everyone’s expectations of a world-class title fight with Dejdamrong dominating the exchanges on the feet and Doliguez forcing the action on the ground. Doliguez never stopped retaliating, which provided for many incredibly thrilling exchanges on the feet. In the end, after four and a half exhausting rounds, Dejdamrong’s pressure appeared to be too much for Doliguez, who was unable to continue on with a little more than a minute left in the final round.

ONE Championship: War of Dragon’s featherweight title elimator bout between Australia’s Rob Lisita and Philippines’ Eric Kelly was certainly the bloodiest fight in the organization’s history. Once the bell rang, the two fighters wasted no time going head-to-head right in the center of the cage, trading punches and knees in the clinch.

Both fighters never stopped trading strikes both standing up and on the ground. The fight provided a furious pace of non-stop action and left both Lisita and Kelly soaked in blood by the time the Filipino had finished the fight with a rear-naked choke towards the end of the second round.

Former ONE Middleweight Title contender Leandro Ataides and undefeated Russian newcomer Aleksei Butorin met in a bout for the ages at ONE Championship: Odyssey of Champions in September of 2015 was no different. With the immense amount of knockout power both fighters were known for, it was almost certain that the fight would not go the distance.

And while majority of the action in the first round was spent on ground dominated by Ataides, the second round was a completely different story. Every exchange on the feet in the second round was more explosive than the last. The intense bout finally came to a thrilling halt when Butorin landed a crushing left hook on Ataides’ chin. What followed after was a relentless attack that forced the referee to stop the fight and declare Butorin the winner via TKO.

There’s no doubt that we can always count on ONE Championship to give us some of the best fights the MMA world has to offer. Don’t miss your chance to witness another historic night of unbelievable fights as ONE returns to Singapore on November 13, 2015 for ONE Championship: Pride of Lions!