WATCH: Here’s How To Pass The Most Frustrating Guard In BJJ (Videos) 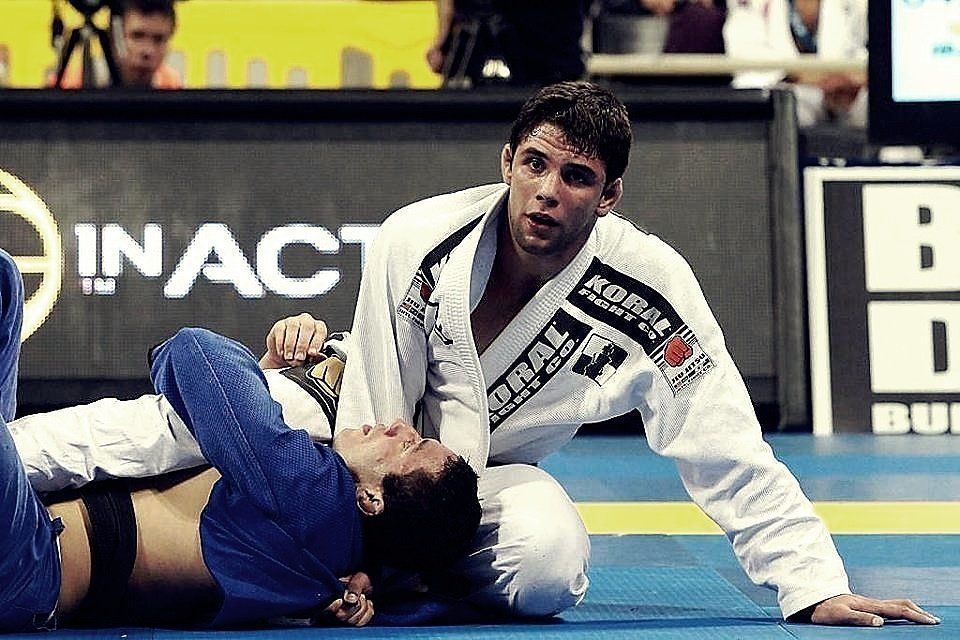 Ask any BJJ student and they’ll tell you how much they despise passing the worm guard. The worm guard is an evolved form of the seated half guard, made more secure with the use of the lapel. It is a guard that surfaced in 2014, popularized by BJJ World Champion Keenan Cornelius, one of the best guard players in BJJ. Keenan has utilized the worm guard in many of his matches successfully, as have other BJJ World Champions such as Joao Miyao and Rafael Mendes.

Why is the worm guard so frustrating?

The worm guard, a variation of the lapel guard, enables you to control your opponent by wrapping his leg with his own lapel. Doing so makes it difficult for him to posture up, making it easier for you to sweep him. It also makes it difficult to pass because it makes your knee twist inwards (which, trust us, isn’t a very pleasant feeling). Because of this, passing the worm guard could prove to be a challenge for most BJJ students.

Are you having a difficult time passing the worm guard? Today, Evolve Daily shares 5 Tips To Pass The Worm Guard:

In this video, watch how BJJ World Champion Marcus “Buchecha” Almeida shuts down Keenan’s worm guard. Throughout the match, Buchecha works on breaking the lapel grip, an essential component in completing any sweep from the worm guard. Eventually, Buchecha is able to pass Keenan’s guard and win the match.

Tip: Take a page out of Buchecha’s book and learn to break the lapel grip with your posture broken. Doing so ensures that your opponent’s worm guard game would be nullified.

Just like Keenan Cornelius, Joao Miyao is known for using the worm guard. In this match, he faces Bruno Malfacine, the reigning BJJ Roosterweight World Champion. Known for his incredible base, Malfacine is able to prevent Miyao from sweeping him, even with the Dela Riva hook. Notice how Malfacine is in a squatting position, making it difficult for Miyao to create space and sweep him.

Tip: To work on your balance for BJJ, practice single leg deadlifts. It will also help you strengthen your core.

3 Essential Sweeps from the Worm Guard

In this video, BJJ World Champion Bruno Pucci demonstrates 3 sweeps from the worm guard. Notice how easy it is for him to sweep his opponent because he gives him space to insert his hooks and grab the lapel. If you watch the Malfacine and Miyao video, you’ll notice that Malfacine keeps his passing tight. By closing all the gaps possible, you leave very little room for the lapel to be fed.

Tip: When you’re passing the open guard, remember to keep your arms and knees close to your body. This prevents your opponent from attacking a limb and submitting you.

4) Get the crossface and step over the leg

There’s no doubt that Leandro Lo has one of the best passing series in the game today. In this video, Lo puts his guard passing to the test as he faces Keenan Cornelius and his worm guard, the very same guard that led to his demise in a previous match between the two. In this match, Lo uses the crossface and steps over the Dela Riva leg, forcing Keenan to switch from the worm guard to a half guard, a much easier guard to pass.

Tip: Remember, in BJJ, you must stay 2-3 moves ahead of your opponent. If you are up against a difficult opponent, you should already anticipate that your first attack wouldn’t work. Think about how your opponent would counter and set up your attack from here.

In this video, two of the best BJJ super heavyweights, Rodolfo Vieira and Braulio Estima, face each other in an intense match. Although Estima isn’t using the worm guard, he is using a lapel guard, and the concepts Vieira uses to pass his guard can be applied to the worm guard as well. Throughout the match, notice how Vieira keeps his posture, making it difficult for Estima to maintain the lapel grip and attack.

Tip: Having good posture, regardless of which guard you are passing, is essential in BJJ. The minute your posture is broken, it will be easier for your opponent to attack.

As always, the key to making these tips part of your repertoire is constant drilling. When you feel confident with these techniques, you can slowly apply them during sparring until they become second nature. So tell us, which of these will you try today?