9 Reasons Why Boxing Is The Perfect Martial Art 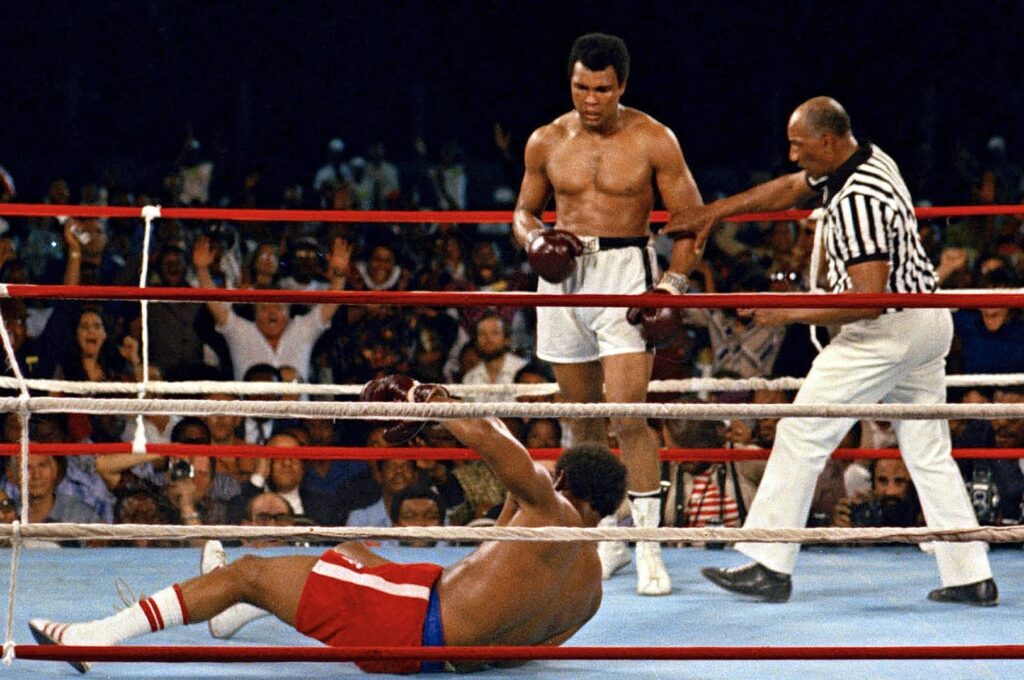 Boxing is one of the oldest and most celebrated martial arts of all time. Also known as “the sweet science”, boxing has been refined and perfected for thousands of years. It utilizes head movements, footwork, and punches to form a very efficient striking system. This system is also widely considered one of the most effective methods for self-defense.

Boxing has been at the center of all of combat sports for hundreds of years and provided some of the most popular athletes the world as ever seen including Muhammad Ali, Mike Tyson, and Manny Pacquiao. The power, ferocity, and technical knowledge of a high level boxer in the ring never fails to amaze anyone that watches it.

Today, Evolve Daily reveals the 9 Reasons Why Boxing Is The Perfect Martial Art:

1) It is one of the oldest and most efficient combat sports in the world. Boxing has been around for thousands of years, making it one of the most refined martial arts in history. It’s consistent testing in combat situations between top athletes and practitioners has also greatly increased it’s effectiveness on all levels.

2) It is effective for real-life self-defense situations. There have been many stories of boxers taking out muggers with a single punch. This is in fact all a boxer ever needs. A boxer’s hands are trained to throw punches with more speed, accuracy, and power than any other martial artist. This is because boxers are trained for one purpose: punch effectively. And with the discipline of blocking, consistent head movements, and footwork, a boxer isn’t exactly the easiest target to hit either.

3) Boxing is for everyone. Boxing is easy and simple to learn, making it an ideal martial art or workout choice for anyone regardless of age, gender, shape or size. Whether it is for fun, fitness or competition, boxing also ensures safety and fairness to its practitioners.

4) It is the ultimate workout. A typical boxing training session is said to be able to help you burn 500-1000 calories! Boxing utilizes a smart combination of aerobic (relying on oxygen) and anaerobic (short-bursts, without oxygen) to stimulate all your muscle groups in order to increase your cardiovascular performance and body conditioning.

5) It will refine your motor skills. The footwork and hand-eye coordination involved in boxing helps build a practitioner’s overall motor skills. Individuals with good motor skills will have better reflexes and reaction time not just in boxing, but in all other physical activities. This will come in handy during old age when coordination and balance decreases and losing your footing can become more threatening. Let’s be honest, sometimes stress makes us want to hit or break something. And nothing feels better than being able to release all the stress that has been build up over a tough situation or day at work. Fret not, because boxing is the ultimate method to counter stress. The physical workout and hitting of bags or mitts enhances a person’s ability to relax under pressure, working as a great stress reliever.

7) It toughens you up mentally and physically. As former boxing heavyweight world champion Lennox Lewis once said, “boxing is just like chess.” Boxing sharpens your mind by promoting a strategic approach to offense and defense. The training involved in boxing is also designed to toughen you up both mentally and physically to prepare you for times when things don’t go your way.

8) It is one of the best striking bases in MMA. Boxing is without a doubt one of the best striking bases in MMA. The unique offensive and defensive skills it provides can not be found in any other martial art. That is why every great mixed martial artists recognizes the importance of boxing. Champions and former champions like Georges St. Pierre, Ronda Rousey, and BJ Penn have all been known to have a heavy focus on training boxing.

9) It will help you excel in life. In boxing, you’re given the power to control your own success and failures, helping you build a sense of accountability that will also help you develop attributes that include self-confidence, work ethic, and sportsmanship. When the going gets tough, the only person helping you to overcome your struggles is you. The skills you use to develop yourself in training can be brought in to help you excel and unleash your greatest potential in life as well.

So, have you been convinced on just how perfect boxing is? Know this, the sport of boxing is very much like life, as Rocky once said “it ain’t about how hard you hit; it’s about how hard you can get hit and keep moving forward. It’s how much you can take, and keep moving forward.” Boxing is truly an amazing martial art that will help you win tough battles in life to unleash greatness.

Dirty boxing, it’s a grey area in the art of pugilism. At one end of the spectrum, some techniques are clearly illegal. On the other end, the most intelligent fighters find a way to utilize…