Demetrious Johnson is one of the least intimidating men who is constantly mentioned when pound-for-pound mixed martial arts rankings are discussed. Standing at 1.60 meters tall, the appropriately named “Mighty Mouse” is the poster child of what a mixed martial artist should be.

DJ is excellent in all phases of fighting. He’s one of the best strikers in his division, and the same goes for his Brazilian Jiu-Jitsu skills. His wrestling is good enough to cause problems for Olympic-level wrestlers like Henry Cejudo.

Demetrious Johnson always steps into the cage with a well-thought-out game plan, and he typically always finds a way to impose his will on his opponents. This article will explore the little things that make DJ one of the greatest champions in MMA history. 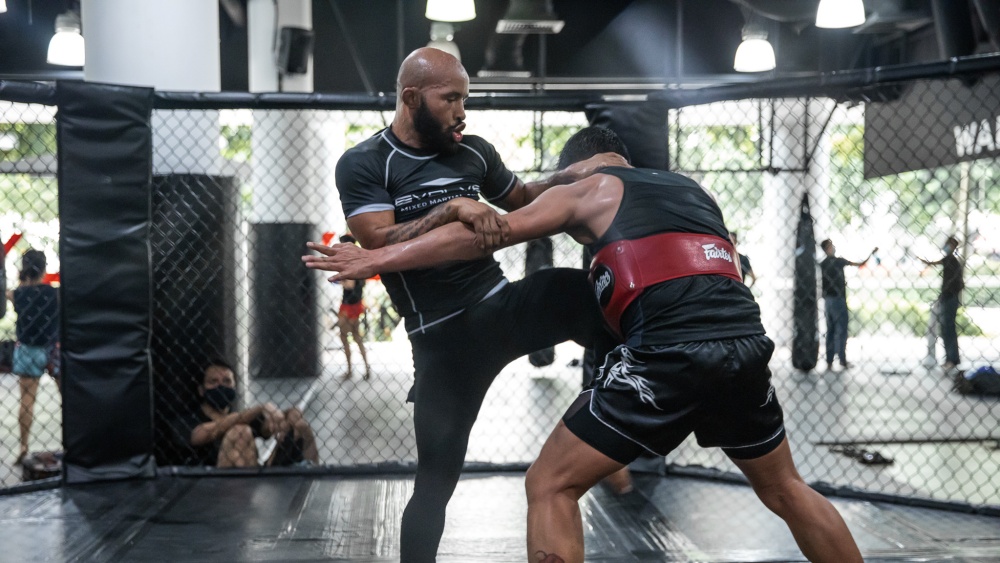 If one skill separates Johnson from most of his opponents, it would be his high-level striking. Johnson rarely gets outstruck during his fights due to his incredible striking speed, accuracy, and deep understanding of Muay Thai. He’s equally competent fighting out of orthodox or southpaw stances, and he’s constantly switching between the two, making it hard for opponents to predict his attacks.

DJ’s approach to striking can be best described as conservative. He’s not much of a risk-taker when it comes to the standup game, typically choosing to minimize the damage he takes while outpointing his opponents.

Johnson rarely chases knockouts during his fights, but he does have the power to put opponents away if the opportunity presents itself. Joseph Benavidez learned that lesson the hard way when he got sloppy during his second fight against DJ.

Johnson’s incredible footwork has a lot to do with his success inside the cage. Every step is calculated, which allows him to slip out of attacks and launch devastating counterattacks.

DJ combines his footwork with his keen sense of range to break down opponents from a distance. He loves pumping out his jab as a range finder, and he does the same with low kicks. Johnson starts opening up with combinations once his opponent’s attacks become predictable. He sometimes chooses to push the pace, and he’s equally as comfortable fighting in the pocket or against the cage.

Johnson enjoys spending time on the mat, and it shows during his fights. You will rarely find him in a compromising position when a fight hits the canvas. If he’s on his back, he’s constantly working for submissions, looking to reverse, or working his way back to his feet.

If he’s on top, he’s peppering his opponents with shots while constantly looking for submissions. He’s racked up some pretty cool ones during his career, like the nasty guillotine he won his ONE Championship debut with or his last-second –literally – far side armbar submission of Kyoji Horiguchi.

BJ being extremely comfortable regardless of where he ends up on his back allows him to throw strikes without much concern. Johnson is virtually impossible to take down, and if he does end up on his back, he can get back up on his feet whenever he wants. Even Cejudo had a difficult time keeping Johnson on his back when he finally secured takedowns.

Demetrious Johnson isn’t one of those MMA fighters who train in BJJ and convince themselves they are equipped to deal with any grapplers they run into inside a cage. DJ is a student of the game, and he realizes how much success wrestlers have had in the sport. Johnson wrestled at the high school level, but he never took it further than that.

He incorporates it into his training though, leading to an impressive 65 percent takedown defense rate, considering the fact he’s only fought the best of the best since 2011. DJ also incorporates takedowns into his game. He completes about 56 percent of his takedowns.

Johnson landed 14 takedowns during his title defense against Kyoji Horiguchi, and he’s scored more than ten takedowns in a fight three times in his professional MMA career. The fact most of his opponents aren’t expecting him to shoot makes his takedowns that much more effective.

Johnson uses his footwork to lure opponents in, then he shoots in for a takedown. DJ’s takedowns are good enough to put the likes of Henry Cejudo on their backs. His favorite is the double-leg takedown.

Like many of the other legends of the sport, DJ has a deep understanding of mixed martial arts, the rules of the sports, and the way fights are scored. He rarely makes a mistake when he’s inside the cage, yet he’s always there to make his opponents pay for any mistakes they make.

DJ’s deep understanding of the game often gives him the edge when he finds himself dealing with world-class competitors who are just as well-rounded as he is. 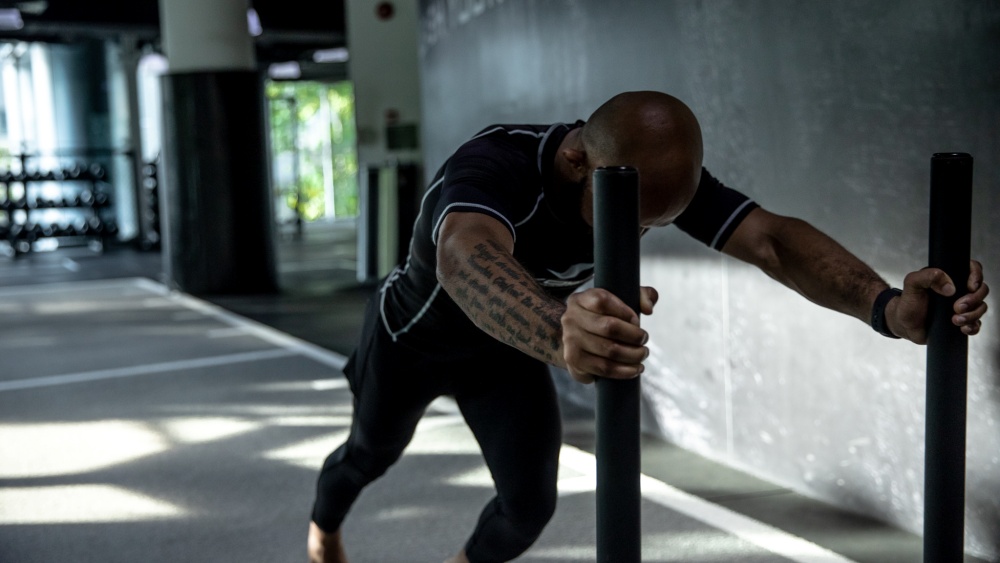 Johnson is a cardio machine who never gets tired during fights. You can often observe him not even taking deep breaths heading into the fifth round of championship fights.

Cardio is one of the essential parts of success in any sport, yet some fighters refuse to put in the work. DJ isn’t one of these fighters. He understands that cognitive and manual skills are greatly diminished when fatigue seeps in, so he trains appropriately.

All of Johnson’s skills discussed above would be irrelevant if he didn’t have the cardio to keep up with any challenger that comes his way.

Mixing it all up

Mixed martial arts is about mixing up different fighting styles, and Demetrious Johnson does that as well as anyone else. He’s comfortable exchanging blows with the best strikers in the MMA world, and he can grapple with the best grapplers in the flyweight division.

DJ’s intelligent approach and willingness to constantly learn new things led to one of the most impressive unbeaten streaks in the sport’s history. He’s one of the fighters you should certainly study if you plan to compete in MMA in the future.