The Greatest Muay Thai Fights Of All Time (Videos) 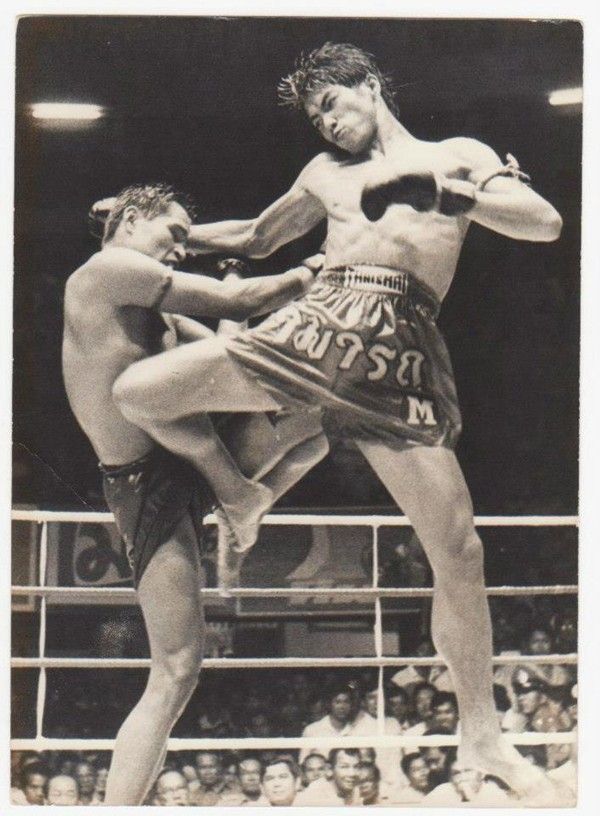 The beauty and elegance of a Muay Thai fight is undeniable. Although it is considered to be one of the most devastating martial arts, the finesse and technical prowess of the greatest Muay Thai fighters continue to inspire many martial artists around the world.

We at Evolve Daily know that nothing compares to watching a great Muay Thai fight (except maybe seeing one in person). Seeing Muay Thai legends execute beautiful technique that exude grace and power is simply awe-inspiring. Here are some of the greatest fights in the history of Muay Thai:

This fight was considered to be the fight that changed the world of Muay Thai forever. Coban had previously held the title for two years in a row and lost it to Dekkers. This fight solidified Dekker’s place in Muay Thai history. To this day, Dekkers is considered to be the best foreign fighter in Thailand and was the first foreigner to win the prestigious Fighter Of The Year award.

This fight was an all out battle between the two long time rivals. Both showed beautiful technique throughout the fight. It was the famous 5th meeting between the two fighters and became known in Muay Thai history as the “Elbow Fight”. In the second round of the fight, both fighters were continuously throwing brutal elbows, unwilling to stop, showing great zeal and perseverance.

Both known for their technical skills, this fight was especially exciting. At that time, they were two of the biggest names in Muay Thai. Pakorn was the young underdog to Saenchai, a long-time Muay Thai World Champion with an impressive fight record. While Saenchai was known for his superior technique and speed, Pakorn was known for his devastating punches. In 2013, Pakorn was named Fighter Of The Year and was also a WBC Boxing Champion.

This match is a testament to Samart Payakaroon’s status as Muay Thai’s greatest fighter of all time. Considered the Muhammad Ali of Muay Thai, Samart was virtually untouchable, keeping the distance with his teeps and powerful jabs. Eventually, Samart ended the fight with a knockout and Hapalang falling to the floor, swallowing his mouthpiece.

Known for his speed and incredible agility, Poot Lorlek was the star of his era (1970-1977). A personal favorite of Muay Thai World Champion and ONE FC Superstar Dejdamrong Sor Amnuaysirichok, Poot was known to fight opponents heavier than him. In this fight, Poot’s devastating and accurate kicks to the body and head were what made the judges score the fight via decision in his favor.

Although Abdallah Mabel has fought some of the biggest names in Muay Thai and Kickboxing including Naruepol Fairtex, Kem Sitsongpeenong, Saiyok, and Giorgio Petrosyan he was still no match for the intensity of Buakaw. Throughout the fight, Buakaw’s aggressive combinations and powerful teeps proved to be too overwhelming for Abdallah. Buakaw is considered to be one of the greatest Muay Thai fighters because of the international exposure he’s given to the sport.

This was the fourth time both fighters met in the ring — Saenchai, feared because of his strength and Sagetdao Petpayathai, an aggressive fighter with both a Rajadamnern and Lumpinee title. In their previous fight, Petpayathai had lost to Saenchai via decision. Fortunately, he was able to redeem himself in this fight.

This fight showed the technical prowess of both fighters. Namsaknoi “The Emperor” Yudthagarngamtorn is known for having held one of the longest reigns of any Lumpinee Muay Thai World Champion in history. In this fight, Namsaknoi truly lived up to his name, showing the depth of his knowledge in all of Muay Thai’s weapons.

There’s no doubt that these fights are truly legendary. There’s no greater honor than being known as the “greatest” in their sport; indeed, these fighters have shown that they are truly worthy of their titles.

Tell us, which fight is your favorite?