Whether it’s an evening after work, a public holiday, or a weekend, there’s a high chance you’ll spot 36-year-old Jonathan Koh, or Triple J, as his teammates call him, on the mats at Evolve MMA (Far East Square).

“I wasn’t particularly disciplined enough to control my diet and work towards a specific weight goal,” admits Jonathan. “However, my training at Evolve has helped me lose almost 20kg, and I’m thankful for that.”

After leaving the military in 2010, Jonathan took up boxing – and this marked the beginning of his lifelong martial arts journey. “Personally, I feel that martial arts is a way more competitive sport as compared to just a typical weight-loss fitness regime,” he shares.

Fast forward to 2011, Jonathan would then chance upon Evolve MMA at a ONE Championship event. “It was through the event that I discovered Evolve’s high quality of instructors and fighters,” he shares. “It led me to decide to train at Evolve and learn from all these world champions.”

Although Jonathan started off with boxing, it wasn’t long before he decided to pick up other kinds of martial arts. “When I first joined Evolve I wanted to do only boxing,” he reveals. “However, the learning atmosphere at Evolve is so infectious that I soon started to train Muay Thai and Brazilian Jiu-Jitsu. It also helped to have instructors and peers that were patient and encouraging when I decided to take up these other martial arts.” Jonathan and his teammates, after a BJJ class.

Brazilian Jiu-Jitsu (BJJ) eventually became Jonathan’s focus, and after years of consistent training and hard work, he recently earned his fourth stripe on his blue belt. Besides that, he’s also a part of Evolve’s BJJ competition team and actively competes in BJJ tournaments.

As a practitioner of the gentle art, Jonathan believes that taking part in competitions is an important thing to do. “When you compete, you are actually tested. All your fears, doubts, and perceptual errors are put in front of you,” he says. “Being a competitor, I realized that it’s not so much your techniques that matter, but it’s also how and when to employ them – and this is only achievable through regular competition.” Jonathan at a BJJ tournament.

Jonathan believes that competing has toughened him up mentally. “I feel that martial arts is the truest form of competition because when you have a one-on-one situation with another human being, nothing comes close to that. And more importantly, this has also taught me to mentally be able to handle difficult situations,” he reveals.

In his spare time, Jonathan also does weightlifting, running and stair climbing workouts to supplement his martial arts training. “I’m a competitive martial artist, especially in BJJ,” shares Jonathan. “We need to make weight for certain divisions, and that has motivated me to have better control over my weight.” 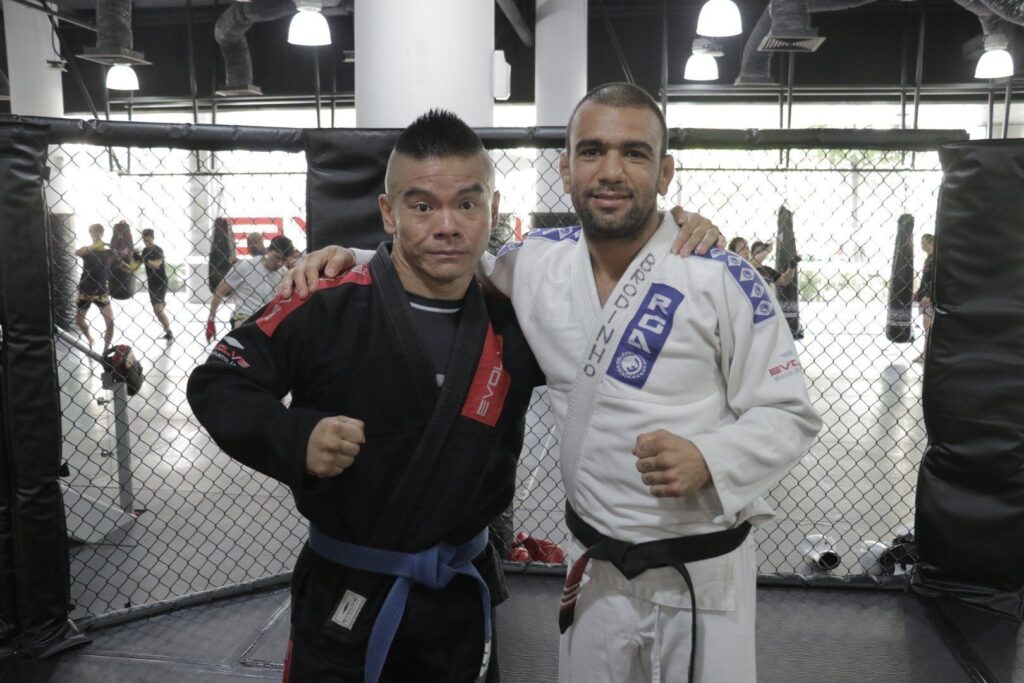 Jonathan strikes a pose with BJJ World Champion and ONE Superstar Leandro Issa.

“Making weight on competition day requires months and months of prior practice and preparation includes not just technical training but also lots of strength and conditioning sessions,” he adds. “This has helped me become a fitter and stronger person.”

Although martial arts isn’t always a smooth journey, the mental toughness that Jonathan has gained from his training has helped him to stay focused on his goals. “At first, it was difficult because I wasn’t really keen on following a strict diet,” he admits. “But due to the encouragement of my loved ones and the team at Evolve, I found the much-needed strength to carry on my mission and meet my objectives.”

There’s no doubt that martial arts has helped Jonathan with his weight loss and get into the best shape of his life – both physically and mentally. If this is something you hope to achieve, then why not start your martial arts journey today and evolve into the best version of yourself! 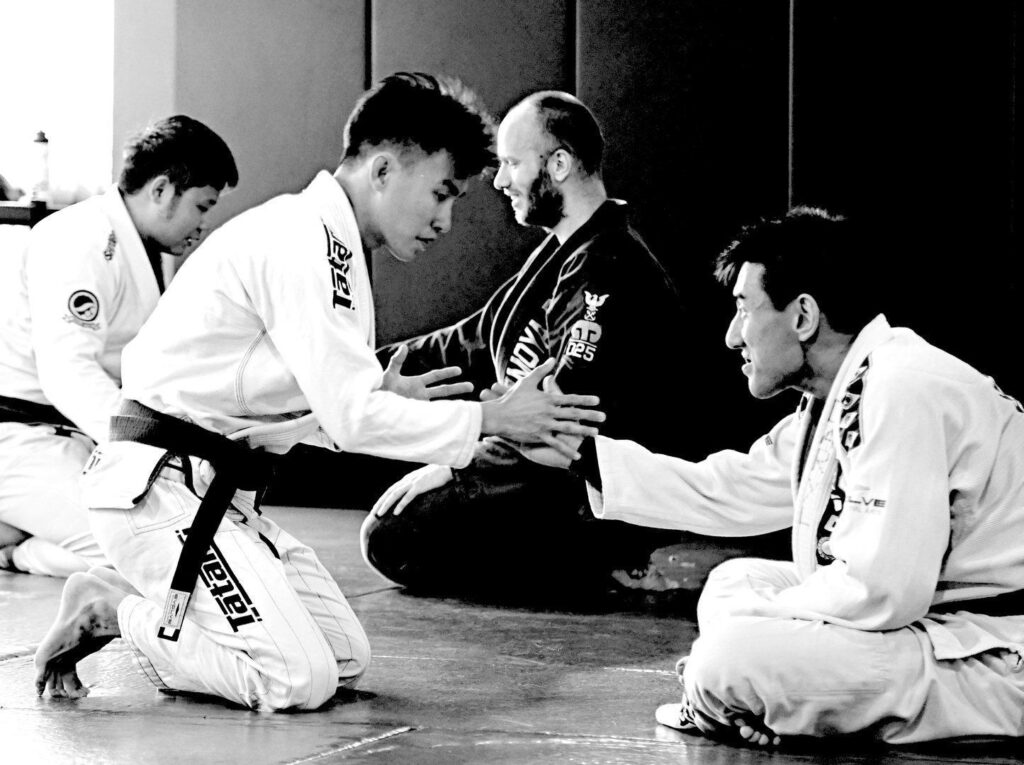 26-year-old Jonathan Lim is a purple belt in Brazilian Jiu-Jitsu. He’s also made the decision to pursue nursing as a career, an uncommon choice for most young men. This choice of career, however, happened by…