If you’ve never experienced a Muay Thai match first-hand, then it may be hard to understand how exhilarating it is to watch as a spectator. The excitement surrounding a Muay Thai fight is unparalleled, and it is quite possibly one of the most exciting sports for spectators. Even if you have never done an ounce of Muay Thai yourself, it’s not hard to get wrapped up in the excitement of a fight.

If you do have some Muay Thai experience, however, you know how quickly and easily you’ll find yourself a part of the energy that builds rapidly at any Muay Thai event. Regardless of the age, gender, or experience level of fighters, Muay Thai matches seem to attract and build up some of the most exciting events for all involved. Here are five reasons why Muay Thai is the most exhilarating spectator sport today.

1) It Is Authentic And Beautifully Effective

Stemming from an ancient form of hand-to-hand combat for warriors, Muay Thai is an effective martial art that can be both quite beautiful and brutal at the same time. Muay Thai leaves no room for doubting its authenticity – the art form is highly practical and incredibly effective.

When an elbow lands, you absolutely know it was a legit strike with obvious effects. The “Art of 8 Limbs” offers an honest and exciting match between two fighters that easily attracts people of all ages. It gives both beauty to the art form, as well as realistic fighting at the same time. This ancient combat sport is no doubt one of the most practical, well-rounded, and thrilling sports for any spectator to watch.

The sport’s nickname, The Art of 8 Limbs, coupled with the clinch and the ability to sweep, make it a well-rounded sport. While it is primarily a stand-up sport, the ability to sweep your opponent to the ground brings great excitement to the spectators. The landing of a solid knee or the tie-up of the clinch changes the dynamic of the fight, bringing even more excitement.

The rule set is fairly easy to understand and figure out. As a spectator (even a spectator with very little Muay Thai knowledge), it is often clear to see exactly what’s going on, who is landing strikes and when, and who is the more dominant fighter. Those with more experience in the Muay Thai world will get the opportunity to appreciate the more intricate details of the match, as they understand the decisions the fighters are making on a deeper level.

Either way, it’s easy to feel like you are “in the know” while watching a Muay Thai fight, something many sports cannot offer (think American football with a wide range of rules to be able to understand before fully enjoying the sport and understanding what’s going on with the game).

Being able to understand the sport with very little experience or explanation lends to a more exhilarating experience as a spectator. You’ll have no issue figuring out when to cheer, grimace, or shout out in excitement.

3) It Is Founded On Respect Muay Thai is a sport of respect. Muay Thai is a combat sport with athletes trained to take out their opponent by utilizing some of the more effective strikes in martial arts. That being said, there is a beautiful respect among competitors, that is appealing and entrancing to spectators. Athletes show respect to their coaches and instructors, their opponents, their opponent’s instructors, and their family and support network. As exciting as it is to watch the matches, it’s beautiful to watch the mutual respect between two fighters.

All ages compete. Muay Thai is a sport that spans genders and ages. If you’ve ever been in a room while a couple of ten-year-olds are battling it out, you’ll know that the room is no less quiet than when adult males are fighting.

Muay Thai is thrilling to watch, regardless of age, and quickly draws a crowd at the landing of the first kick. Due to the nature of the sport being so often shared among family members, you’ll always see a wide range of ages when it comes to fighters, spectators, and coaches. It’s an all-ages event, full of excitement for everyone involved. 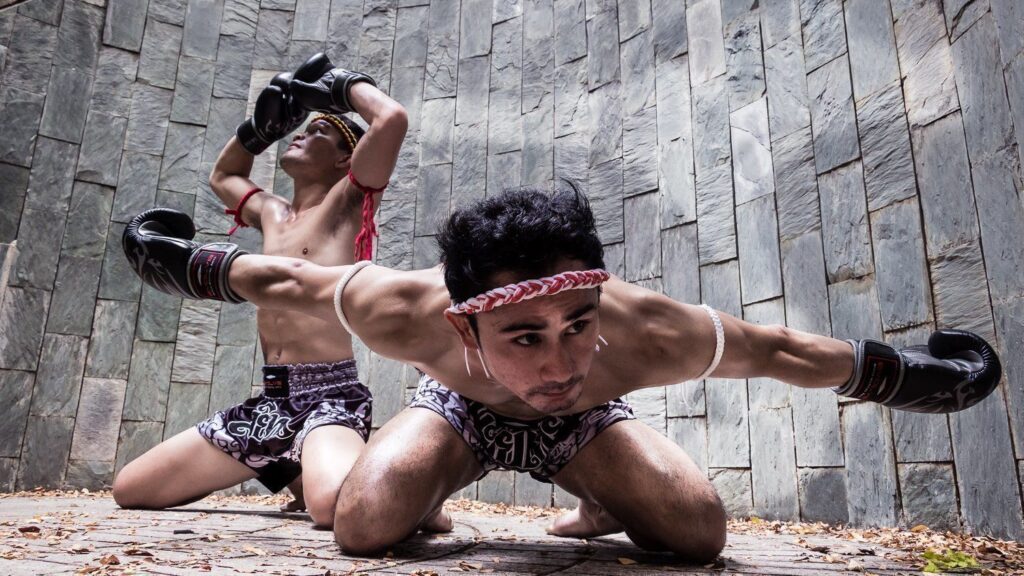 Muay Thai has a deep culture filled with traditional aspects. The deep culture that has carried Muay Thai till today is full of beautiful aspects that appeal to anyone watching. From the Wai Khru performed at the start of a match to honor their teachers and family to the Ram Muay dance performed as the follow-up, or even the removal of the Mongkhon headdress removal by the trainer at the end, there is no lack of culture and tradition when it comes to Muay Thai, giving spectators a glimpse into the beauty and history of the sport.

The Most Exhilarating Spectator Sport

The incredible dynamics of Muay Thai easily make for one of the most thrilling and exhilarating spectator sports today. The combination of all eight points of contact, coupled with the beauty of tradition, culture, and respect make for a fantastic mix of slow and fast-paced activities throughout the event.

The addition of the sport being relatively straightforward for anyone to watch and quickly understand the rule set, makes it a great choice for gatherings with friends and family of various backgrounds. The contagious shouts of other spectators will draw you in and keep your heart racing as you join in alongside them.

Without a doubt, Muay Thai is the most exhilarating spectator sport. If you have not yet treated yourself to a Muay Thai fight, put it on your to-do list as a necessary activity. You won’t regret it!