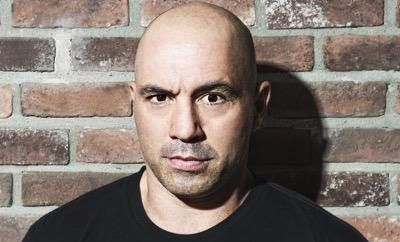 Martial arts is a holistic approach to wellness that is both equally effective and unique in its ability to maximize the human physical, mental, and spiritual potential. While training, it isn’t just a physically demanding form of exercise, but also a great way to engage the mind and the soul.

So many martial arts enthusiasts not only love to train in the gym but also love to talk about martial arts as well, every chance they get. Part of becoming a full-fledged martial artist is taking interest in the study of combat science and the nuances of self-defense.

You can read books, attend seminars, or even watch classic martial arts movies — all of which are enjoyable in their own right. One thing you can also do is listen to the experts talk about martial arts via podcasts.

It’s a great way to pass the time and listen to something interesting. Hear about the latest news in martial arts, listen to fight analysis and breakdowns, or take in the expert opinion. Give these podcasts a listen and ask yourself why you never thought of trying this before.

Jack Slack is a writer for Fightland and one of the most knowledgeable minds in the business. He created Fights Gone By so that he would have an avenue all to his own to discuss the technical aspect of fighting. Having formerly covered professional mixed martial arts, boxing, and Muay Thai, Slack lends his broadcasting talents to the podcast world this way.

Slack loves to delve deep into the technical aspects of a bout, pinpointing the strategic nuances and habits of each fighter that has a direct impact on the result of a fight. More often than not, Slack’s insights are spot and really make a lot of sense.

Technical aspects like the role of reach, the taking of dominant angles, and the significance of feints, among others, are focal points of discussion. Every nuance that can affect the outcome of a fight is examined in-depth and scientifically.

If you want to learn more about the exact science of martial arts, Fights Gone By is definitely worth your time. There is a lot to learn in the fight game, and any serious martial artist will know this podcast’s immediate value.

2) The MMA Hour with Ariel Helwani

He is one of the most knowledgeable mixed martial arts broadcast reporters in the entire industry, and perhaps the most well-known, with access to some of the sport’s biggest stars. The MMA Hour with Ariel Helwani is widely-considered the best MMA podcast in existence and is worth more than an hour of your time if you haven’t given it a listen already.

Ariel Helwani is known as one of the industry’s top reporters, with a depth of relevant guests from the UFC, ONE Championship and all the biggest mixed martial arts organizations in the entire world. Helwani offers fantastic fighter features and compelling interviews, promising unbiased coverage and a host who is fearless when asking some of the toughest questions.

Many MMA fans tune into The MMA Hour on a regular basis, and if you want to see your favorite stars give their raw, unfiltered responses to current issues in the sport, then you are exactly where you need to be.

Longtime UFC broadcast analyst and former Fear Factor show host Joe Rogan is not just a familiar voice cage side, he is also the voice of reason on Youtube and the internet where passionate MMA fans like to hang out.

Usually with his go-to guys, former UFC fighter Brendan Schaub and Brazilian Jiu-Jitsu legend Eddie Bravo, Rogan offers a comedic take on not only the world of mixed martial arts but also of current events and anything interesting happening across the globe.

Listen in as Rogan analyzes the latest mixed martial arts events and blockbuster fights. Recap the rumblings in and out of the cage. Find out exactly why things are the way they are in MMA from one of the expert minds of the sport. Rogan is a highly-decorated martial artist himself and provides a highly-technical breakdown of even the most complex bouts.

Rogan, a professional stand-up comedian as well as a martial arts aficionado, is also knowledgeable on a wide range of topics and it is a joy to listen to what he has to say about practically anything. Hop on over to his Youtube channel, The Joe Rogan Experience and see for yourself — absolute fun.

An authority in the world of mixed martial arts media, MMA Junkie has developed its own radio show where hosts “Gorgeous” George Garcia, Brian “Goze” Garcia, and John Morgan take on the sport with unrivaled expert knowledge and distinguishable flare.

Go in-depth with the sport’s most prominent and prolific fighters, their eclectic managers and world-class trainers, and the most charismatic promoters in the business. MMA Junkie Radio is the official podcast of MMAJunkie.com and has won multiple awards for its amazing content including “Best Media Source”, awarded by the World MMA Awards, an honor which they have received three times now.

The podcast broadcasts live from the mecca of combat sports, the glitzy sin city that is Las Vegas, right in the heart of the historic Mandalay Bay Resort & Casino which has played host to some of combat sports’ most epic battles.

MMA Junkie Radio has been around for some time now and has a huge audience. Fans harp on the incredible content and unbiased coverage. If you call yourself a true MMA fan, then this podcast is a must-try.

So, which of these podcasts will you be tuning into?