4 Reasons Why Speed Is Vital For Boxing Boxing is such a beautiful sport. Using just the fists as offensive weapons, there is a certain degree of purity to this ancient martial art. It has been around since humanity’s early history and has remained to this day one of the most popular practices in modern society.

Many people train in boxing, some for fitness, others for serious competition. When training in boxing, practitioners must develop key areas of both technique and physicality, in order to improve their quality as boxers. While power is an essential part of being a good boxer, there is one trait that is invaluable to a boxer’s set of physical gifts — unfailing speed.

In the amateur levels, speed is honed first and foremost. The ability to land first on your opponent, while carrying enough speed to induce an aura of unpredictability is crucial to your success as a boxer. In the professional level, speed could give a boxer that distinct edge to better achieve victory.

There is a multitude of reasons why you should focus on developing your speed as a boxer. We’re here to tell you just how important speed is in your arsenal. Today, Evolve Daily shares four reasons why speed could be the most important asset to have as a boxer.

In boxing, there is both offense and defense. Part of a good offense is having good speed, because the velocity at which a boxer throws his punches has a direct effect on accuracy. With good speed, you gain the ability to land pre-emptive strikes that the defense cannot anticipate.

Some of the fastest boxers in the history of the sport include Manny Pacquiao, Sugar Ray Leonard, and Mike Tyson, among others. These fighters have used their speed to throw punches first and land first, before defenses can react.

Strive to throw your combinations at top speed to maximize their effect. Break through an opponent’s guard by landing your shots before the defense closes. One way to develop speed is to work with wrist weights while shadow boxing.

To improve your speed, pick up a 2-3kg small dumbbell with each hand and perform shadowboxing drills. The slight addition in weight will stimulate and develop the fast twitch muscle fibers in your arms and rotator cuffs, thus fortifying the muscle systems responsible for your hand speed as a boxer.

Furthermore, this will also help increase the rate and volume of your punches, which is great for any offense.

2) It Gives You A Level Of Unpredictability

Knowing when to throw in extremely important.

Speed not only increases your punch accuracy, it also makes you a difficult fighter to read. The worst thing an offensive fighter can do is to telegraph punches. When punches are well-anticipated, they lose effectiveness and pop.

There’s an age-old adage in boxing that says, ‘it’s the punch you don’t see that knocks you out’. This couldn’t be more true, even in modern boxing. Having enough speed will give you unpredictability because the faster you are, the more difficult you are to time.

Defensive fighters often try to anticipate an opponent’s offense with good timing. The make reads based on foot placement, punch habits, and body language. With exceptional speed, these factors are mitigated. Throwing fast, powerful, and unpredictable punches in combinations is an ideal strategy for any boxer.

The faster you are, the better your chances to land punches that your opponent will not see coming. When those punches land, they do the most damage. Increase your speed as a boxer to improve your unpredictability.

When you focus on speed, power is soon to follow. A common misconception about developing power is that you need to get bigger and bulk up in order to be stronger. Contrary to popular belief, it’s not mass that directly affects power, but speed.

Great speed equals great power, but we should also not neglect proper technique. Sound technique combined with blistering fast speed translates into better power in the ring. If your aim is to increase the power in your punches, then the goal for you will be to increase your speed instead of adding mass.

Speed gives your punches more kinetic energy, thus also increasing the potential of doing more damage. By focusing on better speed as a puncher, you are able to maximize the energy transfer between your fist and its target.

Some of the fastest boxers in history are also the hardest punchers, so make sure to take note of how speed can improve your knockout potential.

4) It Can Get You Out Of Harm’s Way Quickly 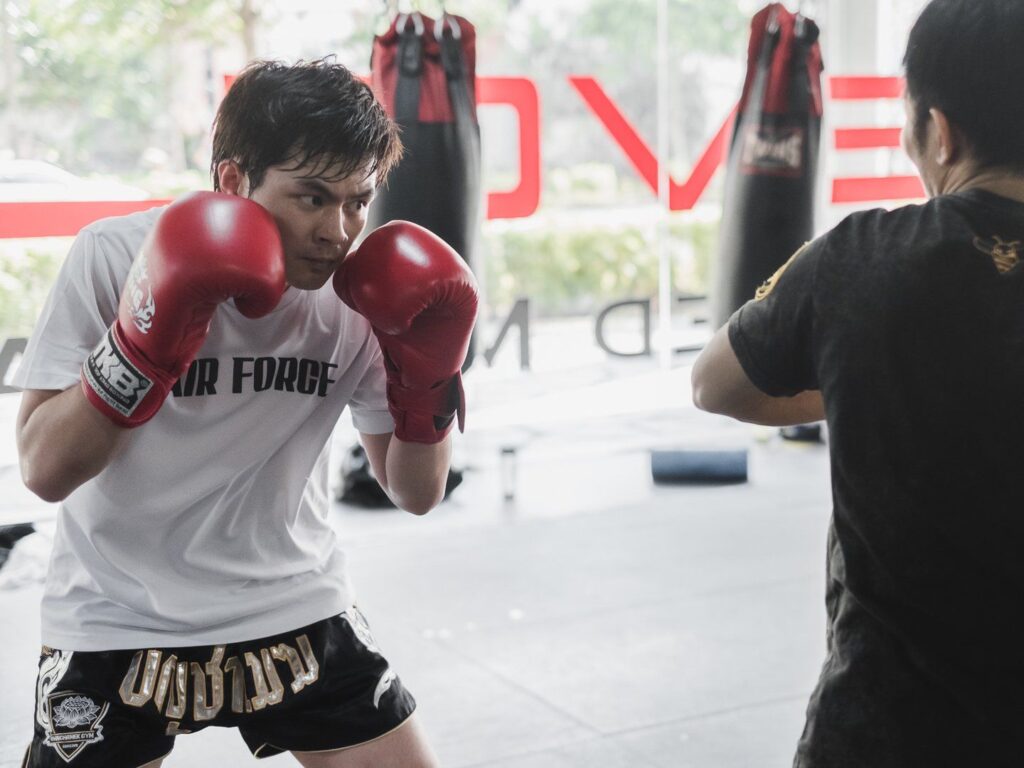 Boxing is one of the oldest and most efficient martial arts.

Lastly, hand speed isn’t the only type of speed you should improve upon. Foot speed is also equally as important. The ability to move well on your feet and in a swift and smooth manner is invaluable to the skills of a high-level boxer.

Great foot speed and footwork allows boxers to get in and out of harm’s way very quickly. Great pugilists can close the distance on punching range quickly with their first step, and subsequently evade counter-offensives with sound footwork on the defensive end.

Speed isn’t just essential to your offense, but also to your defense. Footwork is essential to both, so focus on improving the technique of your movement, and you’ll increase your quality as a boxer.