Watch: 10 Of The Most Epic Boxing Matches Of All Time (Videos) 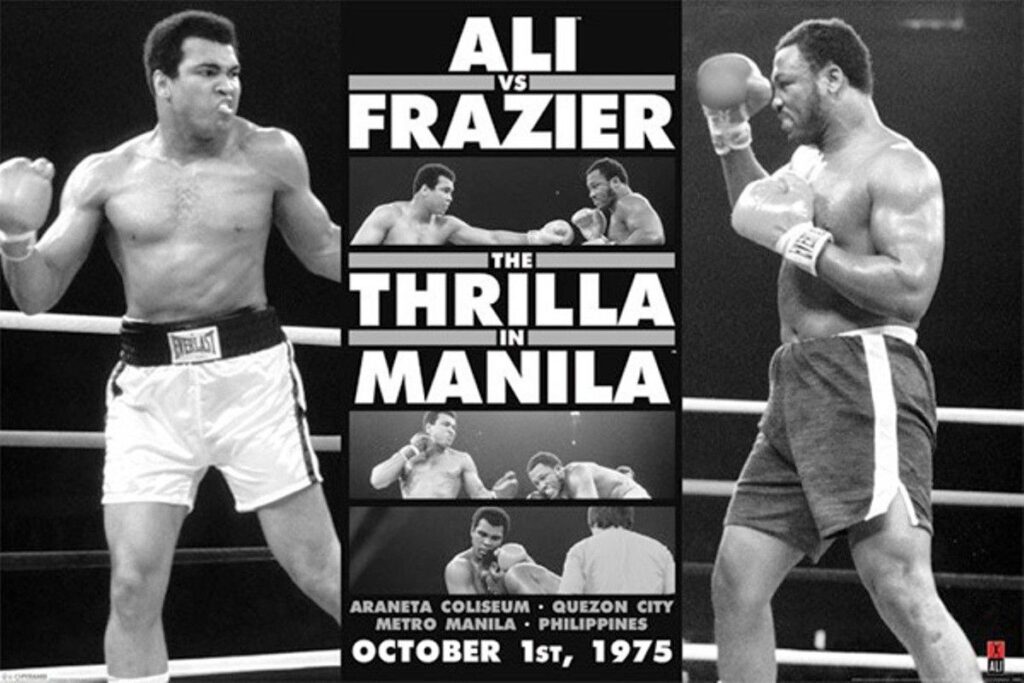 Nothing’s more epic than watching two great fighters prove themselves in the ring, embodying “the sweet science” known as boxing. After all, who doesn’t love a good fight?

Today, Evolve Daily has compiled 10 of the greatest boxing matches of all time. Prepare to be amazed!

The third and final match between the two boxing greats, it was a fight that was truly to be remembered. It finally ended the bitter rivalry between Ali and Frazier, determining who was the greatest Heavyweight Champion of that era. After 15 rounds of brutal punches that went back and forth, Frazier’s trainer threw in the towel – much to his dismay.

The final fight between a five-year rivalry between the two legendary Mexican boxers displayed their relentlessness and tenacity throughout. Neither one went down during the match but there is no denying the intensity of the fight, visible in their bloodied faces. In the end, Barrera would win the fight via decision.

This was the third time that the two boxers met in the ring. After losing due to what Marquez considered a “premature stoppage” in their second fight, both boxers were eager to fight again. As usual, it was a fight to the finish. Although Marquez proved his dominance in the first few rounds, it would be Vazquez who would gain steam in the final rounds, scoring a knockdown and eventually winning via decision.

There’s no doubt that the drama and back-and-forth action contributed to the momentous “war” between the two fighters. The prestigious The Ring magazine called it “the most electrifying eight minutes ever”, with a bloodied Hagler scoring a knockout in the 3rd round. Hearns, who was favored to win, was seen being led back to his corner, barely conscious.

6) Micky Ward vs. Arturo Gatti I

The first of three fights between the two fighters, both survived ten rounds of equal punishment. In the 9th round, Ward was able to knock Gatti down with a brutal left hook to the head and to the body right after. Although Gatti was able to get up before the 10 count, Ward attacked furiously again. Astonishingly, Gatti was able to regain his strength and retaliate. Though the fight ended with a decision in favor of Ward, fans were eager to see them meet again.

Also known as the “No Más Fight”, it was given the name after Durán pleaded the referee to stop the fight at the end of the 8th round. With his speed and deft movement, Leonard clearly outboxed and out-conditioned Durán — which ultimately led him to throw in the towel.

In his career, Foreman has met only one formidable opponent: Ron Lyle. In five rounds, Lyle had Foreman stumbling all over the ring. According to Foreman, “Lyle was the toughest fight of my career. He punched me so hard it didn’t even hurt.” Although Foreman won the fight with a knockout, there was no doubt that it was no easy win.

The last of the three controversial fights between the two boxers. With Pacquiao winning the 2nd and 3rd fights, many of Márquez’s fans believed that the fights were scored in Pacquiao’s favor due to his relationship with Bob Arum. A strong counter puncher, Márquez was able to knock Pacquiao out with one second left in the sixth round. After the fight, both fighters agreed that they were each other’s toughest opponents to date.

Although it was certain that the underdog, Billy Conn, would win this fight, his cockiness in the 13th round proved to be his demise. Throughout the fight, Conn was outboxing Louis, who looked gassed out. In the end, while trying to go for a KO, Conn became careless with his defense and Louis took the win as predicted.

Tell us, which matches are your favorite?