If you are interested in learning how to defend yourself, you might find yourself wondering which martial art reigns supreme over all others. It’s a question that has been asked for centuries, and the answer is complicated.

Different martial arts focus on different things, so what might be the best martial art to use for self-defense in one scenario might not be effective for others.

One of the best ways to find out which martial arts work best in real combat scenarios is to ask those who are members of elite military units. For these professionals, combat isn’t some sport they get paid for. For them, it’s often a matter of life and death, so they only focus on techniques that work and throw out all the unnecessary fancy stuff that can leave them in a compromising position.

U.S. Navy SEAL and BJJ Black Belt Jocko Willink is one of these professionals, and he has had his share of physical confrontations. Jocko gives a candid explanation of the right mindset to have in regards to self-defense during a podcast, and he went over the four martial arts he thinks are best for self-defense.

Here they are in order of effectiveness.

A submission in BJJ is the equivalent of a knockout in boxing and Muay Thai, but it’s a lot easier to get once you have a solid grasp of how BJJ works.

BJJ doesn’t just teach you how to fight, it teaches you how to do so in a controlled manner. With BJJ, a smaller person can subdue a larger, stronger person without causing them any harm. A striker needs to use strikes to defend themselves in a self-defense scenario. A BJJ player can subdue an opponent without hitting them once.

Life can be complicated, and there are self-defense scenarios where you do not want to hit the attacker. For example, in the video above, retired MMA fighter Matt Serra found himself in a scuffle at a diner when a drunk customer was harassing other patrons. The bad guy in question was clearly drunk and being obnoxious, and he was a threat to all those around him. Serra used his BJJ to subdue the drunk. He took him down, secured mount position and stayed on him until law enforcement arrived. He didn’t throw a single punch during the altercation, yet he dominated the other guy from the moment the altercation started until the police arrived.

If you are serious about learning how to defend yourself, Willink recommends starting up with BJJ.

One of the reasons why BJJ is so effective is because of its gentle nature. It’s why it’s also called the ‘gentle art.’ BJJ players are able to roll (spar) hard with their training partners in a safe manner. It’s a big part of the culture surrounding the martial art, and it gives students the opportunity to practice their moves against a non-compliant person. If they ever find themselves in a self-defense scenario, it’s all second nature for them at that point.

Boxing comes in number two on Jocko’s list. Knowing how to defend against strikes and dish out punches of your own is an important part of being able to defend yourself. Complementing your BJJ training with boxing teaches you how to protect yourself before you get in grappling range.

Self-defense scenarios typically start on their feet, but only a third of them stay that way. Being able to box means you won’t freeze up if you find strikes coming your way. The fact boxing allows you to have both feet planted on the grounds makes you much more difficult to takedown when defending yourself.

Jocko is also a fan of the art-of-eight limbs. Muay Thai teaches you how to land and defend against a wider variety of strikes. Your boxing training will translate well here since you are already comfortable with hand strikes.

Muay Thai will teach you how to use your fists, knees, elbows and shins as weapons. It will also teach you a very important aspect of fighting that is often ignored by other combat styles: the clinch. You’ll learn how to throw strikes in the clinch and defend against them. You learn how to take your opponent down with trips and throws.

Muay Thai teaches you how to fight in the transitional spaces that separate ground fighting from standup fighting. 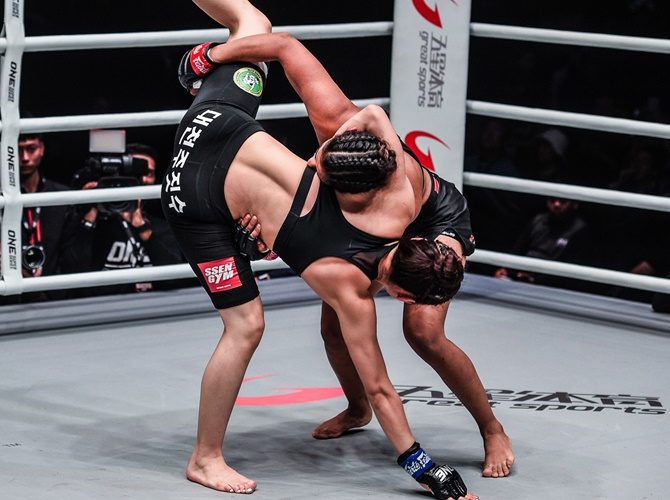 Wrestling in a great base for an MMA fighter.

Not surprising to find this ancient combat style on Jocko’s list. Wrestling is one of the oldest martial arts and it’s great for self-defense. Although it doesn’t involve strikes, wrestling builds wrestlers that are good at dictating where a fight takes place and that is crucial for self-defense.

There is no guarantee that you’re going to be better than an attacker in all aspects of fighting so you want to be the one who gets to decide if a fight stays standing or goes to the ground. 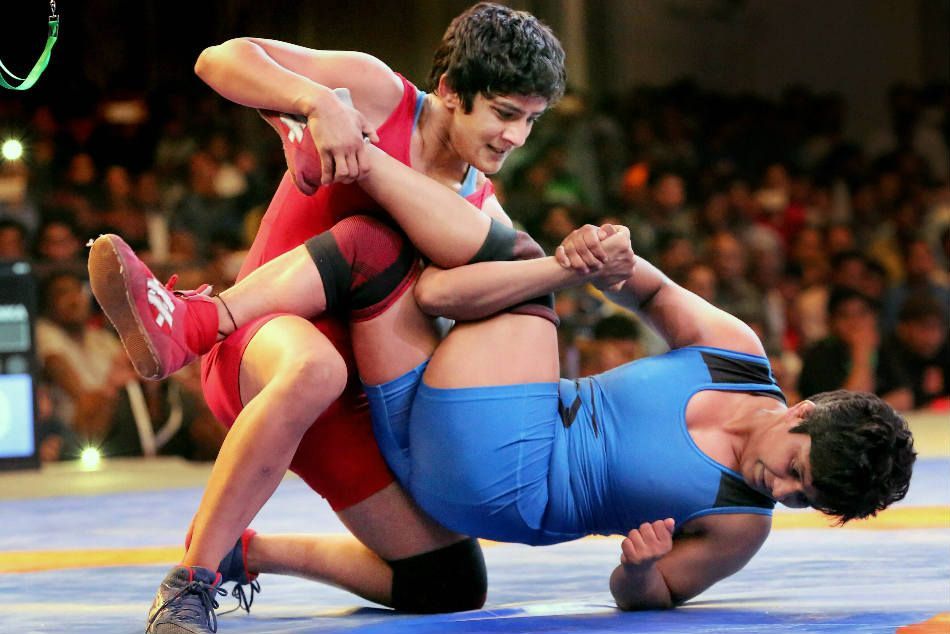 Wrestling Champion Ritu Phogat from the EVOLVE Fight Team is one of the top wrestlers in the world.

In addition, you never want to get slammed in a self-defense scenario. The consequences of that could be devastating. Trained professional MMA fighters often get knocked out after a huge slam on a padded canvas. Now, imagine that occurring on a concrete, paved or tiled floor.

Wrestling teaches you how to prevent that from happening.

The best martial art for self-defense is whatever you can start training immediately. You’ll never know when those skills might come in handy. There’s no time to lose, equip yourself with skills that can save your life. Sign up for a martial arts trial class today!