In boxing, nothing is more satisfying than a good old knockout. It’s what many people pay to see, and it is the only real way you can guarantee you’re going to win the fight as judges can’t always be relied upon. Having power will indeed help you to rock your opponent, but more than anything, you need to know where to aim to land that fight stopping punch. 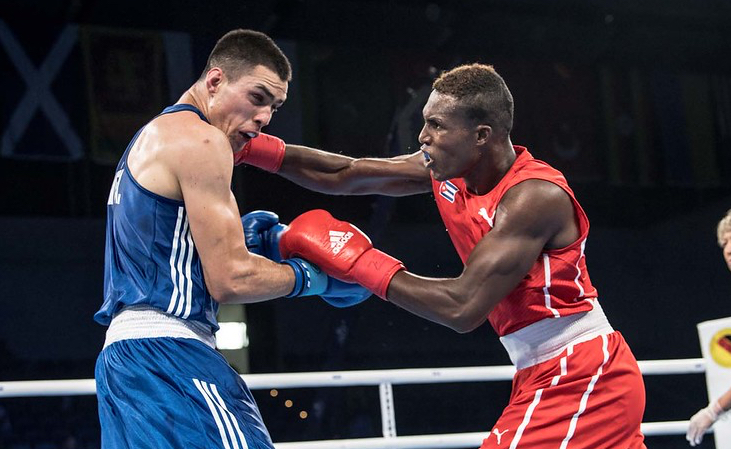 The jaw has three knockout spots for you to aim for. The first one is right in the center, or on the button as it is often described. Hitting somebody with enough force in the center of the chin will indeed put their lights out, there have been instances where people have been knocked out with a well-timed jab as the opponent was coming in. The upward jab is particularly effective at doing this, though the cross and uppercut are your best bet.

Naturally, landing a cross in the same location will amplify the results, but ideally, you want to land there with an uppercut. Landing a knockout uppercut on any fighter is extremely difficult, especially in boxing with the thicker, more padded gloves as they make the guard more difficult to penetrate. To negate this, the uppercut needs a setup.

The best way to achieve this is to smash into your opponents’ sides with two or three hard body shots. Chances are they will instinctively lower their arms to their sides to protect their ribs, from here you have a clear pathway to up the pipe straight through their guard and onto the chin.

You can set up a knockout hook with the help of body jabs. If you continuously jab to the body, your opponent will become conditioned to the move and will start planning on countering it, not realizing at all that it’s a trap. When you start to notice your body jab is being read, you feint like you are about to go to the body which will bring their guard down, allowing you to come over it with a hook.

This exact setup was used to brilliant effect by Canelo Alvarez against Amir Khan, and we saw how that fight ended.

The third spot is the jaw just below the ear. The best setup for this is when you are under attack and your opponent throws a hook at you. This is the perfect opportunity to duck and roll under their punch and release a haymaker of a left or right hand as your return to a neutral position, with the roll helping to generate added leverage to the punch.

Ideally, you want your arm to be at a 90-degree angle upon impact, with your fist turned in and almost at a downward angle for maximum impact. This kind of punch should always be thrown with bad intentions with your entire body weight behind. Dip your knees and twist your waist as you throw. 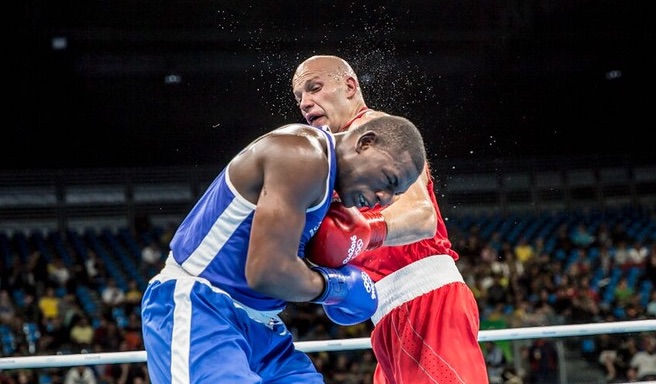 Aside from the jaw, two other areas that are known to cause concussions. Supposing you come up against someone who has a tight peekaboo guard, you will notice that their jaw is fully covered most of the time. In this instance, the temple is the next best spot to aim for. Instead of wasting time waiting for them to open up, hit them in the temple with an overhand using the same tactic as above.

If you are doing kickboxing or MMA, your best bet is to catch your opponent with a high kick.

The final knockout spot on the head is behind the ear. These shots don’t usually look all that powerful or that impressive, often when you see a fighter go down from a punch behind the ear, it doesn’t look like they were even hit that hard. The reason they fall is that their equilibrium is all scrambled, as the ear is associated with balance. Land a punch or kick here hard enough, and your opponents’ legs will turn to jelly before your very eyes.

No knockout list would be complete without the liver shot. Yes, technically it’s not a knockout as your opponent will be fully conscious the whole time, but unlike a concussion, a liver shot is excruciatingly painful and is very difficult to recover from. Between orthodox fighters, a common way to land a liver shot is to slip underneath the opponents’ cross and bring a shovel hook underneath their right ribcage.

Alternatively, you can throw a one-two combo to bring up your opponents’ guard up and then shoot under it, ensuring that your feet stay fully planted for maximum power. This set up can also be achieved with a liver kick, just be careful not to break your foot kicking somebody’s elbow.

They say having knockout power is something you either have or don’t have, but with practice and correct technique, anybody can land a fight stopping blow. Perhaps the most important thing is to remain calm and pick your shots carefully, as just going straight in for the kill will likely leave you gassed out and demoralized, making you easy pickings for your more energized opponent.