The 4 Most Controversial Fights In Boxing History 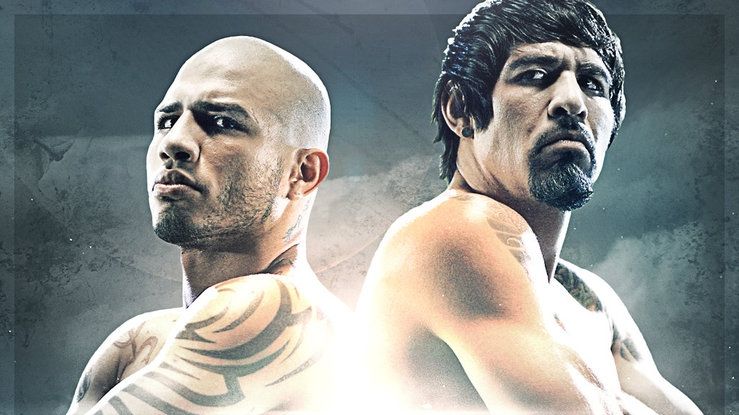 The sport of boxing offers a unique and engaging viewing experience. Millions of fans all over the world tune in to witness inspiring performances, as fighters ascend the ring and showcase their skills and talent. Throughout history, there have been many tales of epic showdowns between the world’s greatest fighters.

Within the solace of four ring posts, legends were forged with every combination, born in the heat of battle to live on forever in the annals of history. The action is abundant and ignites passion and inspiration for all watching.

Yet, there are moments that have sparked controversy in one way or another. Whether it is the rendering of a universally unpopular decision, a brawl outside of the ring, or a mass riot, there are a handful of controversial fights littered throughout the sport’s rich and colorful history.

A huge part of what makes boxing such a popular sport is its over-the-top drama. Fans love not just what goes on inside the ring, but also what transpires outside of it. It’s time to revisit those blips and pay homage to the moments in history that have made boxing what it is today — yes, even the most controversial ones.

Today, Evolve Daily shares four of the most controversial fights in boxing.

Filipino boxing star John Riel Casimero traveled to Mar del Plata, Argentina to meet Luis Alberto Lazarte to determine the new interim IBF World light flyweight champion, but little did he and his team know that the bout would soon go down in history as one of boxing’s most controversial fights.

Lazarte, a boxing veteran who was well-revered in his native Argentina, was completely dominated by the younger Casimero who was nearly half his age. Casimero would end up knocking Lazarte out in the 10th round behind a masterful performance, but the riled up crowd at the Club Once Unidos was not happy with the result of the bout.

The decision hadn’t even been read, but members of Lazarte’s team already tried to start a brawl with opposing members of Casimer’s team inside the ring. Shockingly, hundreds of boxing fans in the rafters joined in and began throwing heavy objects like chairs and various debris at Casimero and his entourage.

Casimero, protected by his team, retreated and hid under the ring while officials tried to diffuse the situation. It would go down as one of the most intense mass riots in boxing history.

Mayweather and Judah had a little rivalry brewing as two of the fastest rising welterweights at the time. Both fighters exhibited similar styles, although Judah was more committed to his offense than Mayweather, who was known as a defensive genius.

When the two finally met in the ring following months of promotion, there was already bad blood between the two camps. The actual fight started off with lots of good back-and-forth action with Judah at times matching Mayweather’s speed and punch precision. As Mayweather began to dominate in the middle of the bout, however, things took an interesting turn in the 10th round.

Judah tagged Mayweather with a low blow, followed by a right hand to the back of Mayweather’s head. As Mayweather pranced around the ring in pain to exaggerate the situation, his uncle and trainer Roger Mayweather stepped into the ring and confronted Judah. At that point, Judah’s corner climbed into the ring and threw a punch at Roger. Within seconds, a brawl erupted in the ring between the two camps.

Officials were able to diffuse the situation, and the match continued. Roger Mayweather was ejected from the fight, but Mayweather finished the last two rounds on a high note, coasting to a unanimous decision.

A young and undefeated Miguel Cotto was on the rise as one of the sport’s top welterweights. The Puerto Rican bomber was feared for his thunderous body shots and supreme boxing skill. It appeared as though Cotto was simply unstoppable as he climbed through the ranks.

That all ended, however, when he met the “Tijuana Tornado” Antonio Margarito of Mexico in July of 2008. Margarito gave Cotto the worst beating of his career, battering the boricua into submission. In the 11th round of that fight, Cotto’s corner threw in the towel to save their ward from further punishment. Nothing shocking here, however, the controversy would come in the bout after this.

Margarito would go on to face “Sugar” Shane Mosley in his next contest. But before the match started, officials discovered that Margarito had a hard piece of plaster loaded into his hand wraps. It was a huge scandal. The officials removed the plaster and allowed Margarito to continue with the bout.

Mosley absolutely crushed him. It was as if Margarito had been stripped of his powers, quite literally. He was knocked out in the 9th round.

But this begs the question, did Margarito have loaded gloves when he fought Cotto in his previous fight? The unusual beating that Cotto received at the hands of the Mexican would seem to suggest so. No one will ever know.

Cotto and Margarito faced each other in a rematch a few years later, with Cotto winning decisively.

Middleweight boxing legend Jake LaMotta was a young talented boxer on the rise, but in his November 14, 1947 bout against Billy Fox, he was looking to gain favor with the mafia.

At the time, it was perceived that the mafia controlled many boxing bouts from behind the scenes, particularly in New York. For various reasons, LaMotta took a dive against Fox, losing on purpose for a rumored $20,000 and a guaranteed title opportunity against middleweight champion Marcel Cerdan of France.

LaMotta, who was leagues more talented than Fox was missing shots by design. To keep it looking real, LaMotta did try to hit Fox for real at times, but whenever he did, Fox’s knees would go weak. LaMotta would carry Fox to the fourth round.

In the fourth round, LaMotta laid back against the ropes and allowed Fox to unload on him. Moments later, he crumpled, and Fox was awarded the technical knockout victory in an obvious fixed fight.

The mafia gave LaMotta his money and his title shot, and also earned himself an investigation from the FBI years later.