Have you ever wondered if you were martial artist material? Why not look to the stars for some guidance? Today, Evolve Daily reveals how your zodiac sign could influence your future as a martial artist and, how well you could fare in training.

Here’s how you can find out What Kind Of Martial Artist You’re Going To Be Based On Your Zodiac Sign: Strengths As A martial artist: Adventurous, always up for a challenge, a born leader, passionate

Your training style: Did anyone say “competition”? You’re easily one of the most intense people in your group of friends – there’s no doubt that this translates into your performance in training. Ruled by Mars, Aries are known to be fearless leaders and ready for just about anything. Martial arts isn’t for the faint of heart, and it’s a good thing that you’ve never been one to back down from a challenge. ONE Lightweight World Champion Shinya Aoki works on his striking at the Fighters Program at Evolve MMA.

Your Training Style: When it’s time to get down to business, you’re one of the first to whip out your journal and map out your training plans for the rest of the week. You know what it takes to succeed and you’ll stop at nothing till you get there, even if it means sacrificing quality time with your significant other. 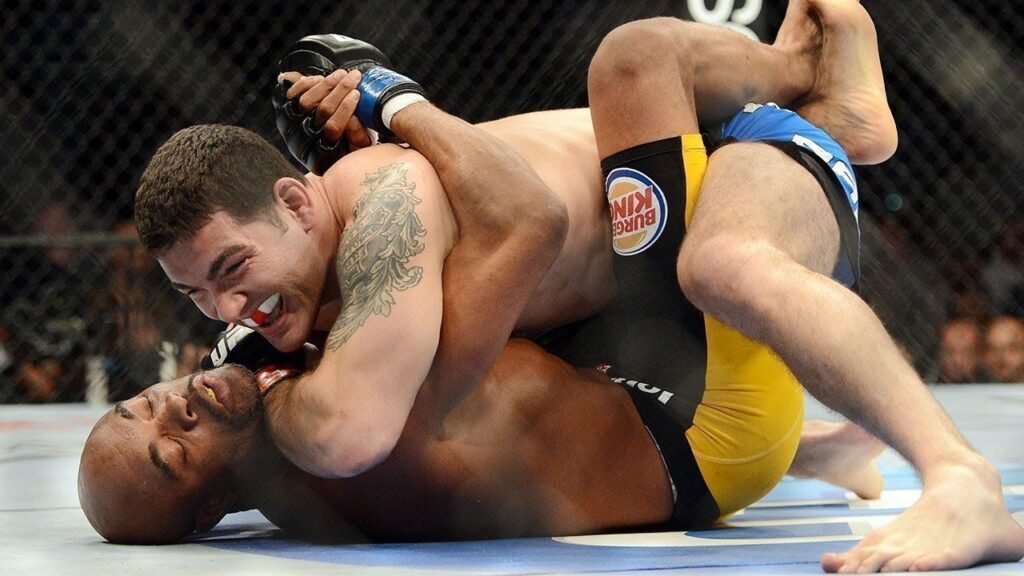 Out of Chris Weidman’s 13 wins, 6 are by knockout.

Your Training Style: A martial artist with many different personalities, there’s no doubt you’ll keep your opponents and training partners on their toes. Because you’re so versatile, they can only guess what you’re about to do next – not a bad trait to have as a martial artist! 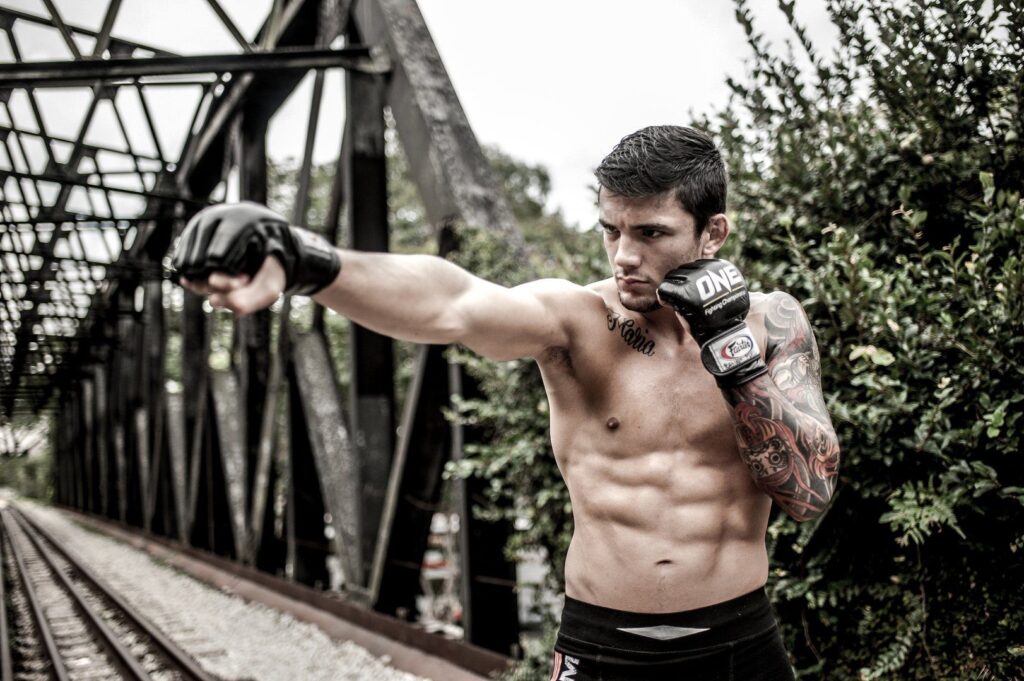 Your Training Style: An awesome teammate who brings lots of fun and laughter to the team, you’re probably everyone’s favorite guy/girl. When it comes to training, you’re totally dedicated – your entire world revolves around it. 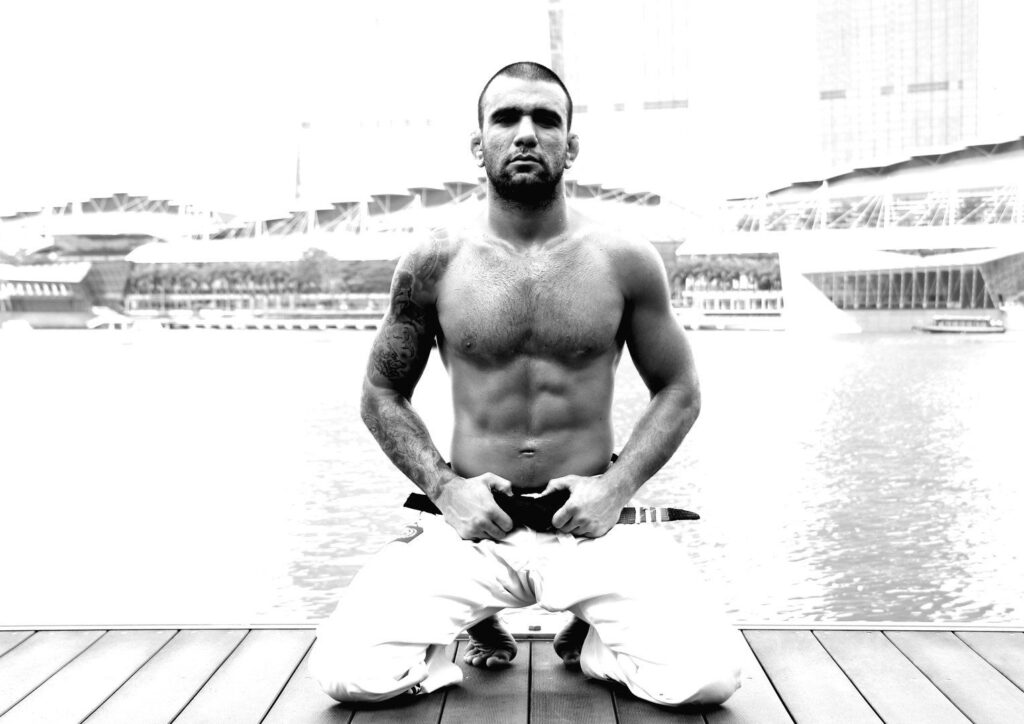 Your Training Style: Because you’re so used to being in control, being in the cage, on the mats or in the ring could stress you out – you just don’t know what to expect! Thankfully, you’re the type to keep on working on your techniques till you get them perfectly. You won’t do anything unless you’re well-prepared! 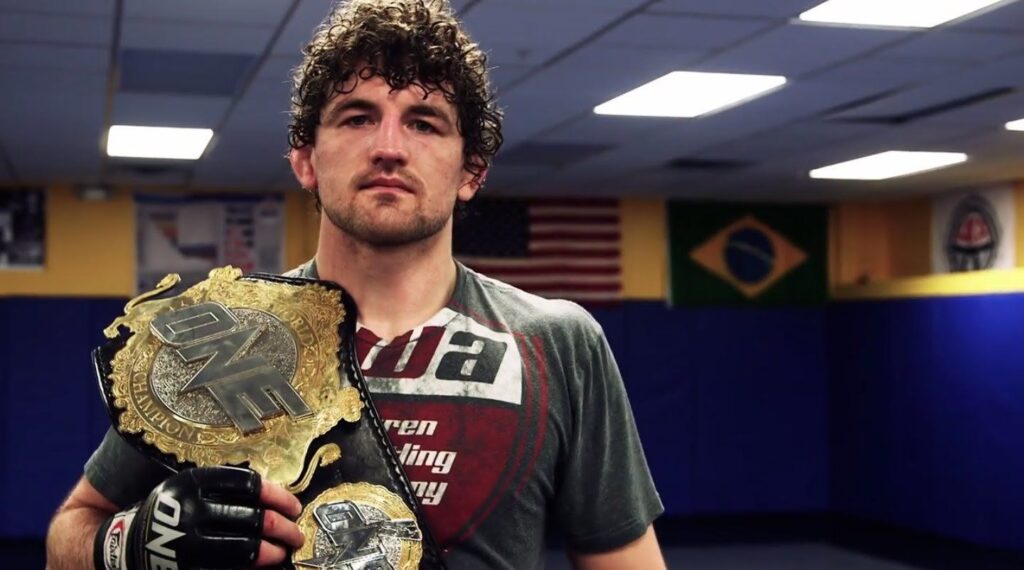 Your Training Style: Since you’re so intuitive, you’re always basing your actions on your gut feelings. Your techniques are more feel-based as compared to your teammates, which makes it easier for you to use them during sparring. You also tend to be very contradictory. One minute, you’re intense and focused. The next, you’re laughing with your teammates and flow rolling – you’re definitely quite the character! 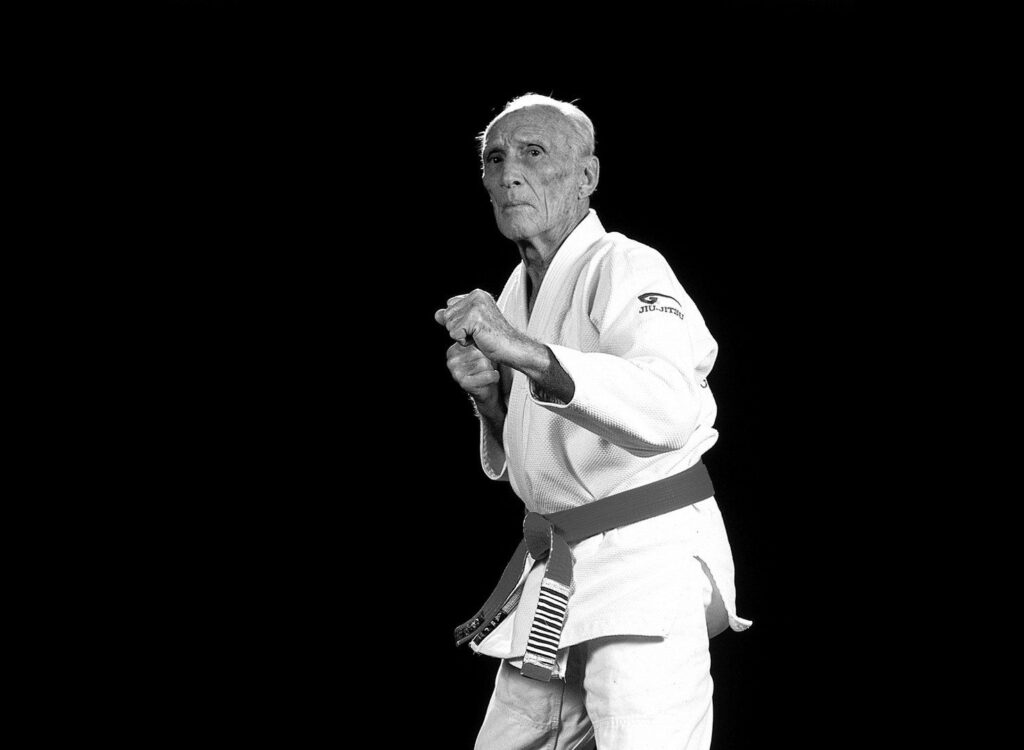 Your Training Style: Of all the zodiac signs, you won’t find any more World Champions and MMA superstars than Libra. Symbolized by the scales of justice, Libras are all about seeking balance and equality. Martial arts is the perfect thing to help you find your center, giving you the calm you need in your otherwise chaotic life. You’re great at motivating your teammates and coming up with great game plans – everyone loves a Libra!

Your Training Style: Ruled by both Mars and Pluto, Scorpios are known to be the most daring of all the signs. To your teammates, you’re one intimidating individual. There’s no “going light” for you – it’s always all in or nothing at all. As crazy as it may sound, this only adds to your advantage – nobody’s ever going to mess with you! 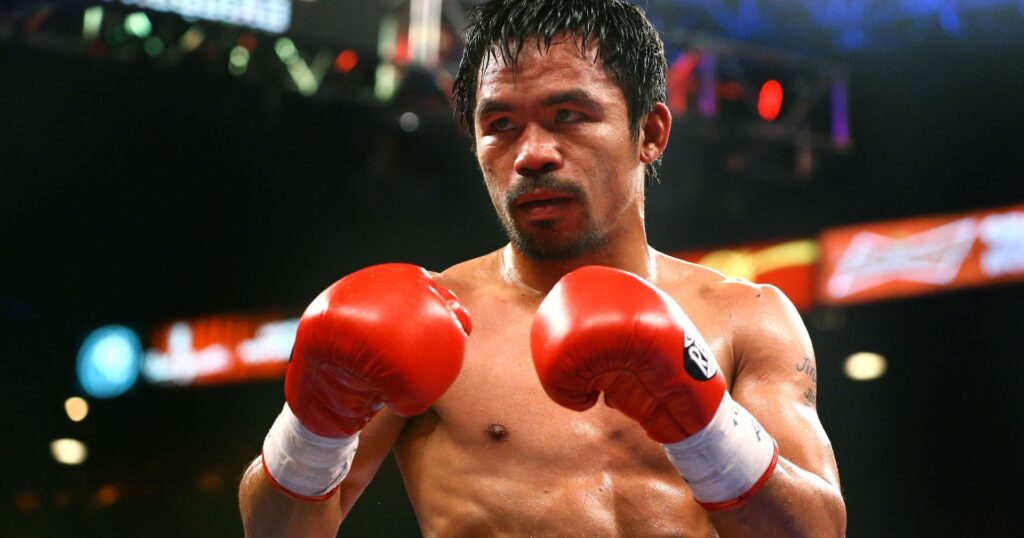 Manny Pacquiao is the first and only eight-division boxing world champion, as well as the first to win the lineal championship in five different weight classes.

Strengths As A Martial Artist: Optimistic, wise, loves to be challenged

Your Training Style: A fire sign ruled by Jupiter, Sagittarius has all the characteristics of a great, fiery fighter. You’re always up for a new challenge and willing to go the extra mile in training — you’re definitely a warrior. You welcome the unexpected; in fact, you prefer it. 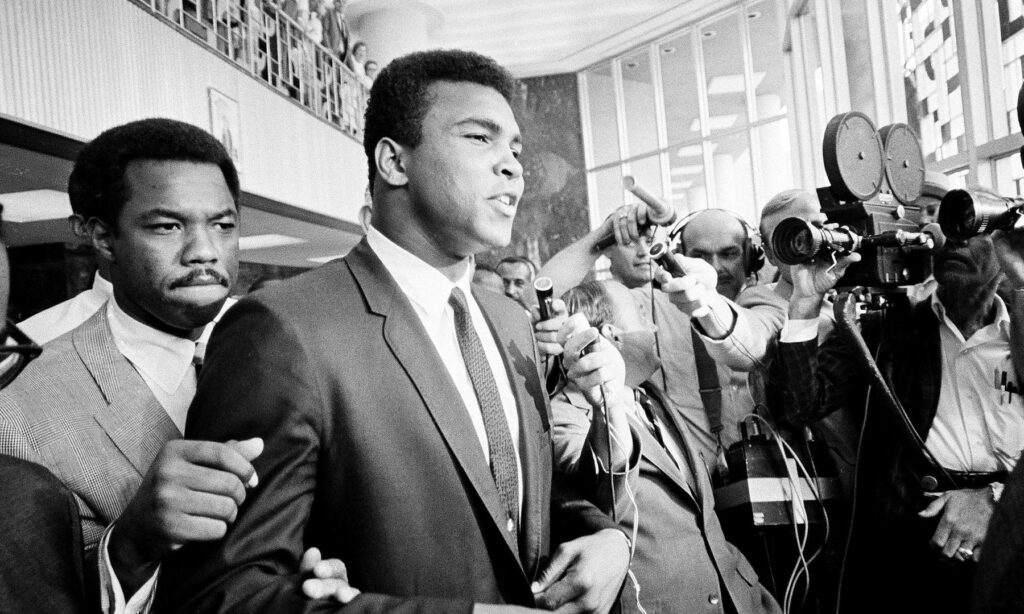 Muhammad Ali is widely regarded as one of the most celebrated sports figures of the 20th century.

Your Training Style: Born under the ruling planet of Saturn, you’re all about authority and structure. You listen to your coach and follow his game plan to a T, but you’re not afraid to try new things either. Because of your solid work ethic, you’re definitely championship material and there’s nothing you won’t do until you get that belt. 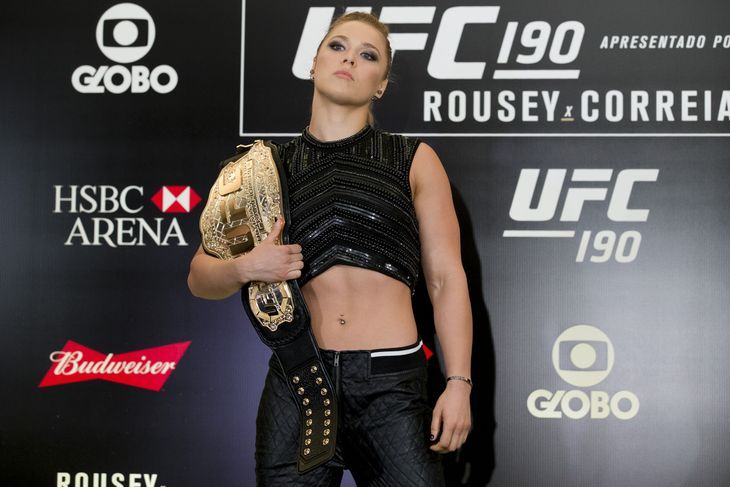 Your Training Style: Of all the zodiac signs, it’s difficult to pinpoint which characteristics truly define an Aquarian. You’re open-minded but like to set boundaries, independent and yet you need the support of a team. Because you like to keep people guessing, this only works to your advantage as a martial artist – nobody knows exactly what you’re up to! Your Training Style: You’re one of those martial artists who are willing to try anything, even if doesn’t work for you at first. Your ego is the least of your concerns – your focus is martial arts and you couldn’t care less about proving yourself. You’re more interested about doing the best you possibly can.

Regardless of what your zodiac sign may say, this shouldn’t stop you from attempting to achieve greatness. Anyone has the potential to become anything they want to be in life — all they have to do is believe in it!

6 Things Serious Martial Artists Do On Their Rest Days