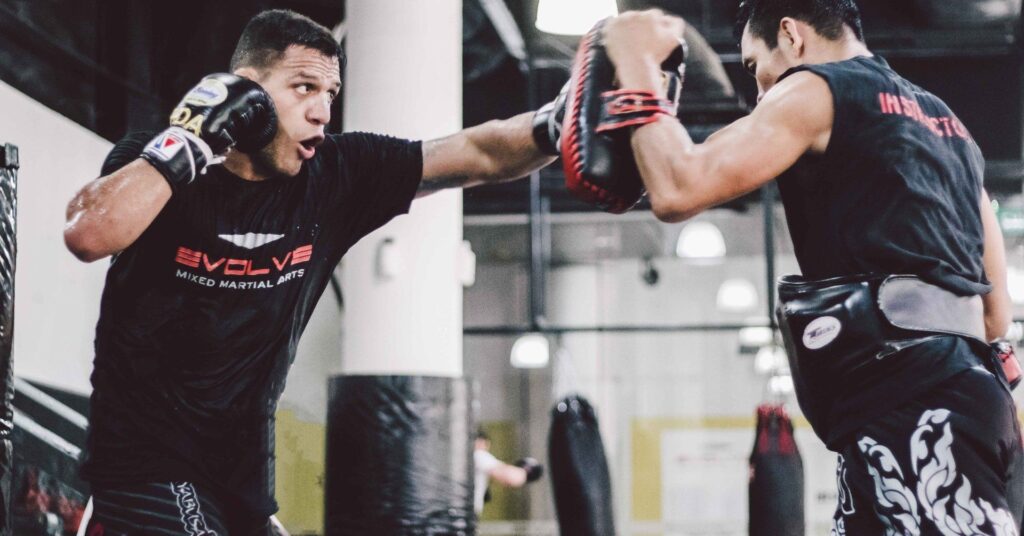 You have probably heard how great of a workout training in martial arts is. Perhaps a colleague has invited you to a trial class, or maybe a few of your friends have already discovered the joy of martial arts and want to share the experience with you. We can certainly attest that what they are saying is true.

Martial arts is the most complete and effective workout you can do.

Furthermore, its benefits are plentiful, from improving focus to keeping calm and collected. One of martial arts’ most valuable benefits is allowing you to achieve supreme physical fitness and empower you with the achievement of rapid weight loss.

If you are looking to shed some unwanted fat, get your life back in order, and knock a few inches off your waistline, then martial arts could be for you. Of course, as a beginner, you probably don’t know exactly where to start. There are a few common martial arts disciplines you can choose from to start, and each discipline is different from the other.

Muay Thai is known as the Art of Eight Limbs, and is the national combat sport of Thailand. Otherwise known as Thai boxing, Muay Thai engages the entire body with rigorous movements and develops speed and power in both the arms and legs.

Since Muay Thai relies heavily on various kicking techniques, you will burn an immense amount of calories by using your legs, which contain some of the largest muscle groups in your entire body. During a 1 hour Muay Thai class, you can burn up to 1,000 calories. Learning how to throw low and high kicks, deliver knees, and work the clinch will activate the various energy stores on your body and push you past the limit.

Muay Thai begins with a few stretches as well as physical conditioning exercises to get the blood flowing and the heart rate up. This is followed by shadow boxing and then practicing striking techniques on the bag and the pads.

Muay Thai is great to pick up as a sport, even if you have never tried martial arts before. Even after just a couple of weeks of training, you will realize how much fun it is to practice, and you will never get enough. 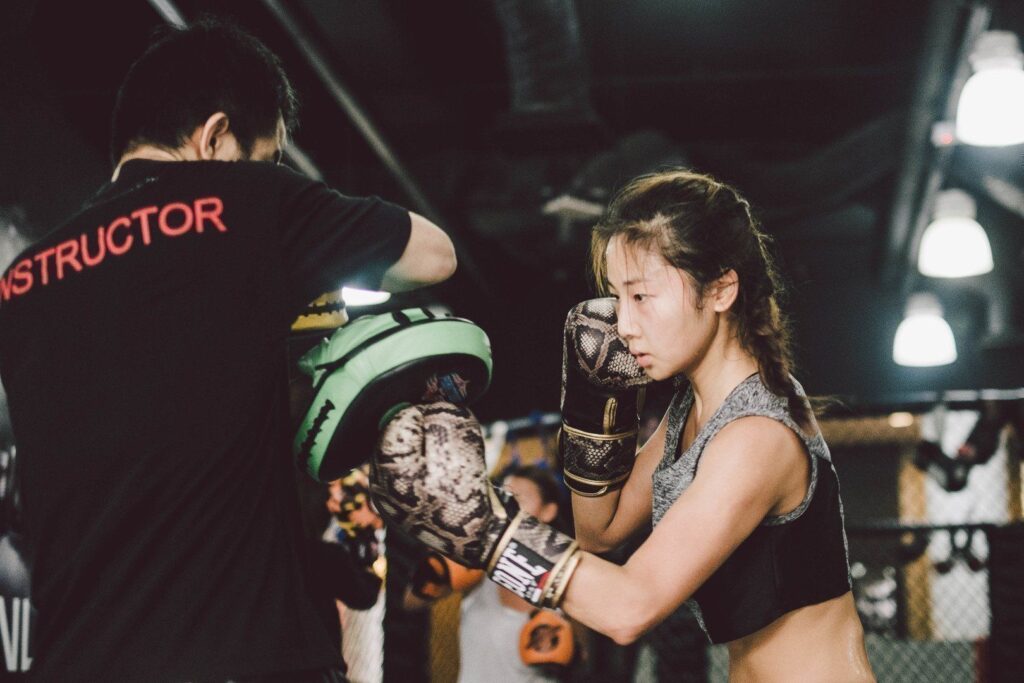 The sweet science, as it is popularly known among hardcore circles, is a highly-technical martial art which involves punching, footwork, and movement. It is also one of the toughest workouts you will ever experience.

Boxing will test your cardiovascular strength and endurance, having you execute strong, rapid movements involving your arms and legs, all while developing and stabilizing your core. Contrary to popular belief, boxing not only stimulates your upper body but also develops your lower body, particularly your thighs and calves, due to the intricate footwork you will have to master.

A typical boxing class lasts one hour. It consists of various stretches, physical conditioning exercises, bag and mitt work, as well as sparring. It is also one of the best martial arts for beginners because the initial techniques are simple enough to pick up and learn.

The most enticing aspect of boxing, however, is improving along the way. After just a couple of weeks of solid training, your skill level will have improved leaps and bounds. And that is when training becomes more than just a source of enjoyment, opening up doors for athletic progression and the possibility of competition.

If striking isn’t your cup of tea, you can try the gentle art of Brazilian Jiu-Jitsu.

Jiu-Jitsu first originated in Japan before it was brought to Brazil. Its main principle is to use technique and leverage to control an opponent before using various submissions to end a fight. It is ideal for modern-day self-defense situations and is a popular choice, not just for men, but also for women who want to learn how to physically defend themselves.

Training sessions in Brazilian Jiu-Jitsu involve practicing movements and techniques in a variety of different positions. Usually, students begin learning basic movements such as how to bridge, shrimp, and grip correctly. Later they will move onto more advanced techniques, such as the guard passing and submissions.

Wrestling as a martial art has existed for centuries. The origins of wrestling were discovered some 15,000 years ago through cave drawings in France. The sport’s earliest practitioners used a lot of the moves and holds which make up the sport that is played at present, which is absolutely remarkable. It has also been a part of the Olympic games since the time of ancient Greece.

Students practice grappling type techniques such as throws, takedowns, slams, pins, and clinch fighting. One of the most essential pieces of knowledge learned through training is the proper utilization of one’s own body weight as leverage. Learning how to position the body properly to make use of leverage is a key aspect of wrestling.

Like all martial arts, wrestling is an incredibly physical ordeal which makes use of the entire body. More importantly, the sport stimulates practically all muscle groups, including the core, which is one of the central focuses. Wrestling uses the core muscles to its entire capacity, drawing strength from proper breathing techniques and explosive transitions.

Learning how to wrestle is also a lot of fun. Wrestling is a serious sport and a great way to lose weight fast.

Training in MMA ensures you are getting the best of both worlds in striking and in grappling. Learning how to defend yourself in any situation, be it on the feet or on the ground, is essential knowledge in equipping yourself with self-defense. It also means you will be pushed to your absolute physical limit and discover your truest potential.

For those looking to lose weight fast, there is no workout as fun and as engaging as MMA. Burn an insane amount of calories, up to 1,000 calories per one hour session, and watch that unwanted fat practically melt away in mere weeks. People who are looking to lose weight and get in shape in a quick and safe manner need only to train in MMA and witness the magic.

Martial arts is a great way to keep fit and achieve the body of your dreams. It won’t only whip you into shape, but also benefit your mental and spiritual help. In addition, you’ll make great friends with your gym mates along the way and build lasting relationships. Give martial arts a try and see for yourself, you won’t regret it!

Sign up for your complimentary trial class with a World Champion below!