With real-world problems such as childhood bullying, violence against women, and the everyday dangers on the street, there has been a recent focus on empowering people with the knowledge of self-defense. Many have turned to martial arts to equip themselves with the ability to fight.

The art of self-defense is basic human knowledge that everyone should have access to. Most people consider Muay Thai primarily as a self-defense discipline because of its undeniable effectiveness.

Known popularly as ‘The Art of Eight Limbs’, Muay Thai utilizes the fists, elbows, knees, and shins. Through various punching and kicking techniques, one can become an effective striker, able to defend himself or herself from multiple attackers. This is one of the primary reasons why Muay Thai is so effective for self-defense.

Want to empower yourself with the knowledge of self-defense? Muay Thai training is definitely the way to go.

If you’re looking for a quality Muay Thai school in Singapore, you need not look further than Evolve MMA, where you will find Muay Thai World Champions as your instructors. They will teach you the art of self-defense, and unlock the secrets of Muay Thai.

1) It Uses Every Weapon On Your Body

Known as ‘The Art of Eight Limbs’, Muay Thai utilizes the fists, elbows, knees, and shins to deliver explosive and powerful strikes that can subdue opponents quickly and effectively. Through a myriad of striking techniques, Muay Thai trains you on how to use the majority of your body as weapons.

Gaining mastery of Muay Thai’s many techniques means you can string together complex striking combinations that are extremely difficult to defend against. Opponents often find it hard to deal with a skilled Muay Thai fighter’s intricate but fluid striking, let alone assailants with no hand-to-hand combat training.

Learn how to execute spinning back elbows and flying knees, in addition to the basic kicks and punches. Diversify your offensive repertoire and gain the ability to end the conflict quickly and efficiently. If you’re looking for a self-defense martial art, Muay Thai is a great choice.

2) Fast And Powerful Strikes Can End A Conflict Early

The majority of Muay Thai’s striking techniques are fast and explosive. Strikes are designed to deliver stunning knockout blows and incapacitate opponents instantly. Not many people can handle being struck by a flying knee to the head, or a roundhouse kick to the kidney. Muay Thai has plenty of these weapons and more.

Develop speed in addition to power in your strikes, and land your combinations faster than your opponents can defend. By having the ability to deliver this sort of offense, your opponents will have very little chance to defend if they have no prior knowledge and experience with combat. 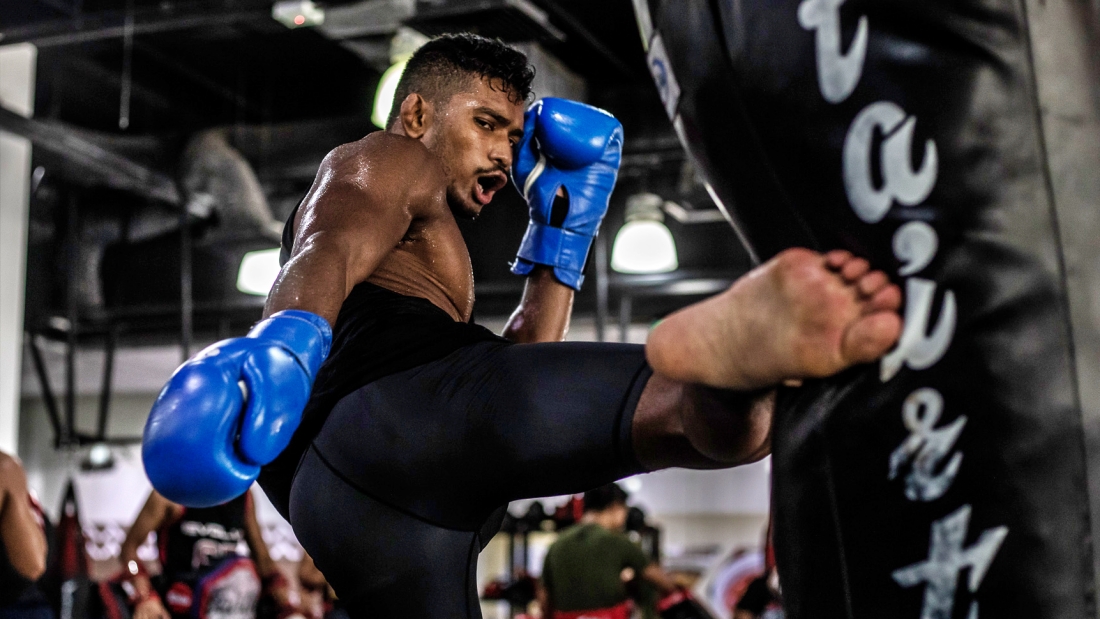 Furthermore, Muay Thai and martial arts, in general, give us the power and responsibility to pick and choose our battles because we become more confident in our skills. By knowing what we are capable of physically, we can better diffuse tricky situations, most times without even needing to fight.

Real-world self-defense situations happen on the street and against potentially more than one opponent. Muay Thai teaches you how to defend yourself against multiple simultaneous assailants through crafty footwork, sound defensive tactics, and explosive offense.

Muay Thai is one of the best martial arts for self-defense. It’s a great base discipline to bring into mixed martial arts, if you’re going that route, and a solid standalone martial art overall.

Muay Thai will teach you how to gauge distance and fight from range and use footwork to maneuver opponents to position them to your advantage. In this way, through intelligent ring generalship, you can face multiple attackers by taking on them one by one.

Of course, the best option in a fight where you are outnumbered would be to flee to safety. Muay Thai training will equip you with the tools you need to ensure you are presented with the safest exit out of any conflict.

4) Knowledge Of The Art Is Readily Available

Last but certainly not least, Muay Thai is one of the most effective martial arts for self-defense because it is so readily available locally, especially in Singapore. If you’re looking for a quality Muay Thai gym in Singapore, Evolve MMA is a great place to start. 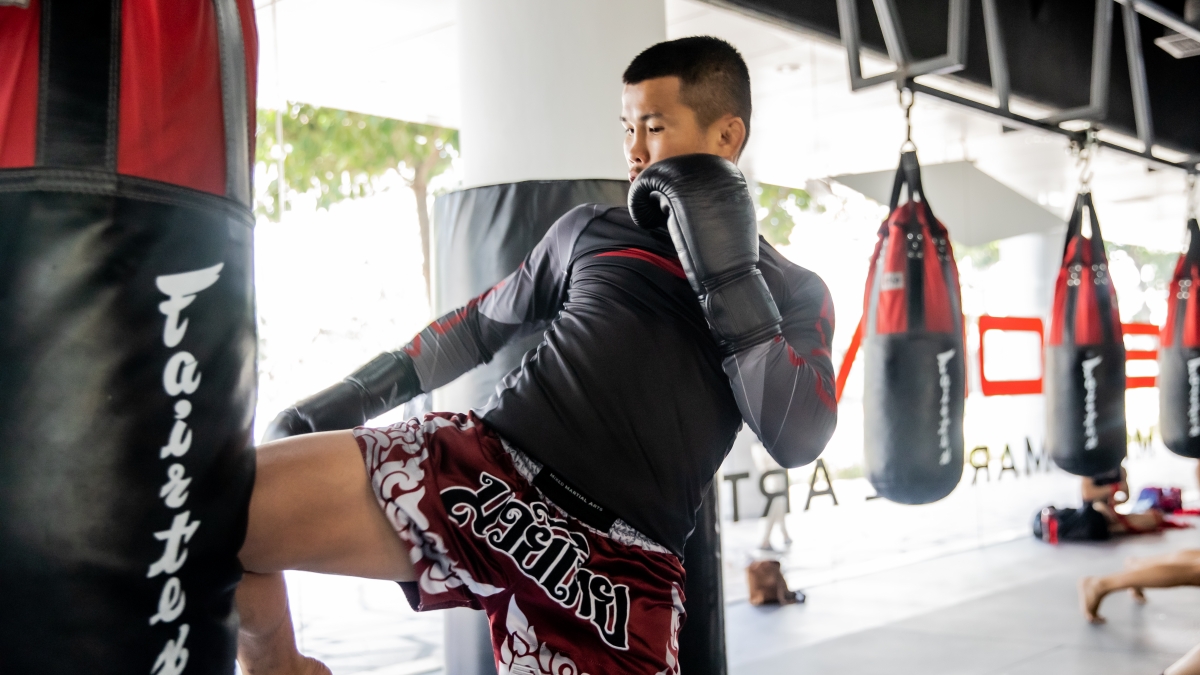 Evolve MMA has world-class facilities easily accessible to everyone, and guidance from multiple World Champions across disciplines such as Muay Thai, boxing, Brazilian Jiu-Jitsu, wrestling, and mixed martial arts. You’ll be able to access a wealth of knowledge and experience.

Furthermore, you’ll be absolutely hooked on training because it’s so addictive. You’ll not only learn the art of self-defense, but you’ll also be imbued with the benefits of Muay Thai training such as increased focus, supreme physical conditioning, improved confidence, stronger personal relationships, and much more.

Start your Muay Thai journey today but signing up for a trial class!

The 5 Golden Rules Of Self-Defense