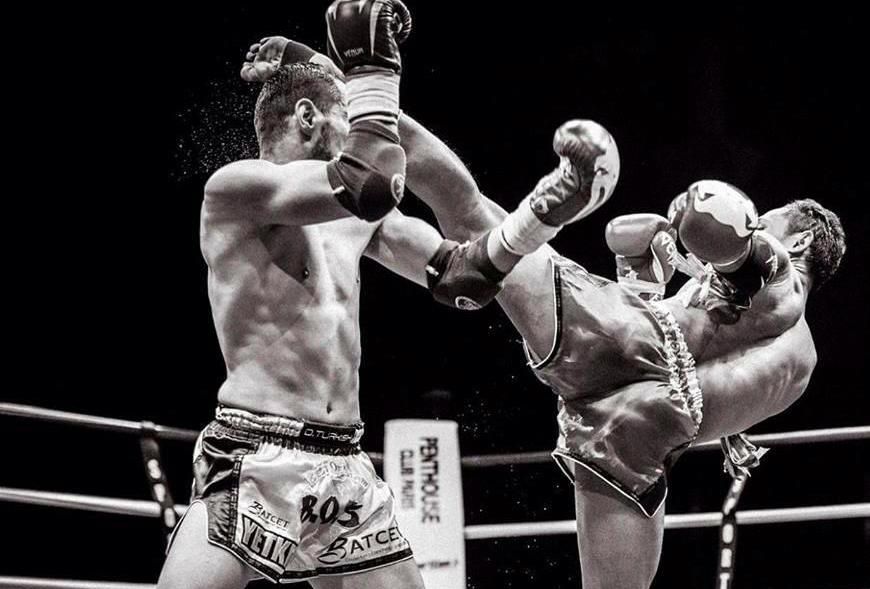 With a unique style and an incredible blend of technique, agility, power and showmanship unlike any other fighter from past or present, Saenchai PKSaenchaiMuayThaiGym (formerly Saenchai Sor. Kingstar) is without a doubt one of the greatest Muay Thai legends in history. After reigning at the top for more than a decade, the 35-year old living legend is still considered to be one of the best pound for pound fighters in the world today.

A multiple-time Lumpinee Muay Thai World Champion in four different weight divisions with an impressive fight record of 284 wins in a total of 338 fights, Saenchai has fought and beaten the very best in Muay Thai. These include legends like Singdam Kiatmuu9, Orono Wor Petchpun, Petchboonchu F.A. Group, Sagetdao Petpayathai, Attachai Por Samranchai and many more.

The many knockouts Saenchai has had throughout his career don’t just reflect the amount of power he possesses, but also the outstanding technique and undeniable talent he has in the ring.

This was the living legend at his best – flashy, elusive, and tricky. In this fight, Saenchai proved just how intelligently he uses his kicks. Against the much more inexperienced but larger Ghilas Barache, it was only going to be a matter of time before Saenchai manages to land one of his trademark kicks. And he does it in spectacular fashion, placing Barache’s back against the ropes before landing an unbelievable jumping switch kick to end the fight.

Knockouts with strikes are common in any combat sport involving stand-up striking. But a knockout from a sweep almost never happens. In this fight, Saenchai swept Khem Sor Ploenchit (currently Kem Sitsongpeenong) with so much speed and force that Khem was unable to recover from the impact of the fall. It takes a very special fighter to be able to pull off such an unimaginable knockout, and the then 25-year old Saenchai certainly proved just how special he was.

In this fight, Saenchai took on Chinese Sanda fighter JChao Li Dao for the Muay Thai Warriors Welterweight title in China. The Chinese fighter was clearly outmatched right from the start, absorbing many of Saenchai’s tricky combinations and kicks. And at the two-minute mark of the first round, Saenchai landed a ferocious elbow, knocking JChao out cold.

As a WBC Muay Thai World Champion and National K-1 Champion, Tetsuya Yamato is one of the more prolific fighters to emerge from Japan over the last few years. However, things didn’t go so well for him when he faced Saenchai for the MTAA World Lightweight title. After struggling with Saenchai’s elusive style for the better half of the first round, Yamato was finally knocked out cold by an explosive left high kick.

5) Combination KO vs. Nong-O Sit Or

Saenchai has developed many great rivalries throughout his long, illustrious career. One of these was with the hard-hitting Nong-O Gaiyanghadaogym (formerly Nong-O Sit Or), one of the greatest legends in the sport as well. The two have fought an incredible six times, with every fight being heavily contested. Here, Saenchai was able to knock Nong-O out in the third round with a barrage of well-placed kicks and punches.

Yetkin Özkul is one of the greatest Turkish fighters in history. The always aggressive and powerful “Turkish Dynamite” is known for his boxing ability, low kicks, and spinning kicks. However, none of that matters when you take on a legend like Saenchai. Throughout the fight, Özkul tried to overpower the much more savvy Saenchai. However, Saenchai made him pay for it with a monstrous left cross after catching a kick from Özkul.

Here, Saenchai does it again against a much larger opponent – this time, against Brazil’s Adaytong Freitas at the Muay Thai Warriors show held in Bangla Stadium in Phuket Thailand. Surprisingly, Saenchai appeared to be physically stronger fighter, sweeping and throwing Freitas at ease in the clinch. In the third round, after knocking Freitas down with a powerful left cross, Saenchai proceeded to corner Freitas and end the fight with a flurry of punches.

Yet another great example of how Saenchai is able to dominate larger fighters. Standing almost six feet tall, Charles Francois is a W.P.M.F Muay Thai World Champion from France. The size difference was eminent from the get go, but so was the level of skill between the two fighters. After completely out striking and even knocking Francois down a couple of times in the first round, Saenchai finally knocked out the French kickboxer out with perfect straight left hand.

As one of the most unique fighters to ever live, Saenchai certainly has one of the most versatile knockout records in the game. Don’t miss your chance to meet and learn from the living legend himself at his seminar held on 26th and 27th of September at Evolve MMA!

To reserve your spot for the seminar, click here.